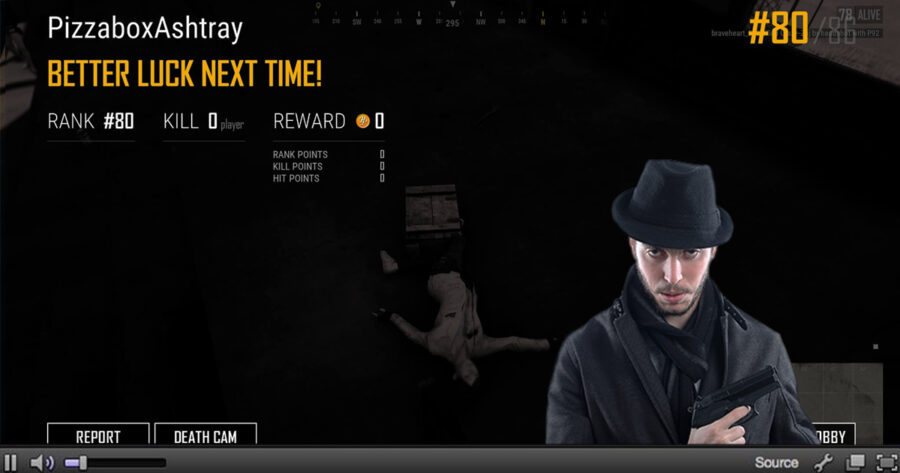 DENVER ­— Dylan Maris, 16, reportedly practiced for a school shooting using the popular violent video game PlayerUnknown’s Battlegrounds late last night, despite never being able to find a single piece of loot before being killed by another player.

“I was inspired by the Columbine guys who mapped out their shooting in a game of DOOM. I guess in that game you fucking start off with the guns,” Maris told angry PUBG squad mates in a game after driving their vehicle off a cliff. “I thought this shit would help me get revenge on my classmates but I guess it’s one more thing I’m fucking terrible at.”

“I’m so mad at all the jocks who bully me in class and it turns out they’re even better at finding me in the PUBG school and making me feel like shit there too,” he added.

After an anonymous tip to the police led to Maris’ arrest, an advocacy group against violent video games spoke out about the incident.

“I guess this should technically be in our wheelhouse but I don’t know if it really counts as a violent video game if your noob ass can’t even find a gun and you die after your bike bugs and you fly 100ft in the air,” said Teresa Withers, a spokesperson for Mothers Against Violent Gaming (MAVG). “I mean what is his school shooting gonna look like? He shows up in a crappy vest and then someone beats the shit out of him with a pan?”

At press time, Bluehole released a statement about the game condemning Maris and promised to put into place safety measures in PUBG to curb young gamers from using it as a practice for real-life violent attacks.

“I bet you guys didn’t know this, but all the lag and rubberbanding? Yeah, uh, that was all on purpose. It was to make sure that people can’t use PUBG to plan shootings. Yep. So… you’re welcome and can expect even more safety features in the future now that we have your money.”