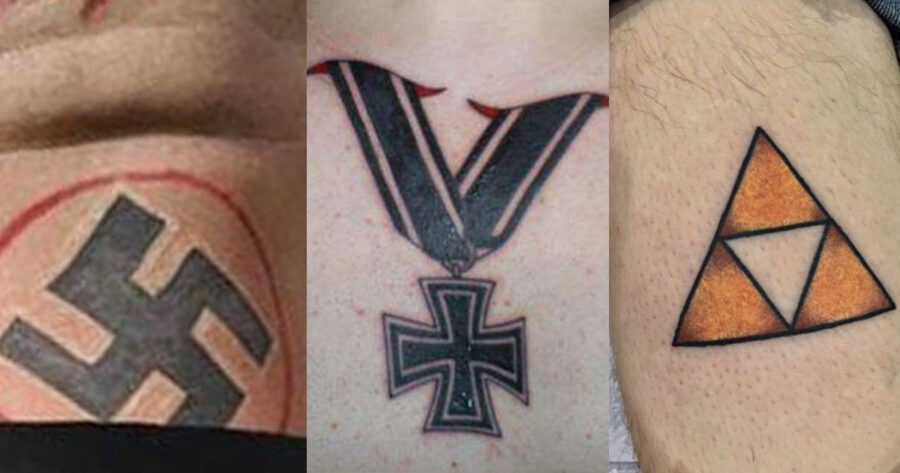 PARMA, Ohio — Tattoo parlor The Lazy Tiger has announced a controversial ban on several hate symbols and also the Triforce from The Legend of Zelda.

“I just want to make sure that my shop is a safe place, free from hate and any of that tacky nerd stuff,” said owner Todd Jenine. “If a kid comes in here asking for a Triforce, I tell them to stop being a dork and get a cool tiger, or the yin yang symbol. Now that stuff’s dope as hell.”

Some customers deemed the new rule overzealous and unnecessary.

“I came in there with this Hyrule shield design I stole from DeviantArt, and he just laughed in my face! It’s my body, so I don’t get how he can say no,” said hardcore Zelda fan Erik Witt. “You know what, I’m gonna make my own tattoo parlor where I only do designs they won’t do at this shop. What were the other ones they’re banning, again?”

Others saw this practice as a great preventative against regretful decisions.

“I was covered in hate speech, several different symbols ranging from the iron cross to a few risque Pepe memes,” rehabilitated racist Val Ronald said. “I also had several Zelda tattoos that I just felt were tasteless. After spending $40,000 to remove them all, I hope that others can avoid the mistakes I have made.”

At press time Jenine had added several more designs into the banned list, including KKK iconography as well as the Mushroom from Mario.