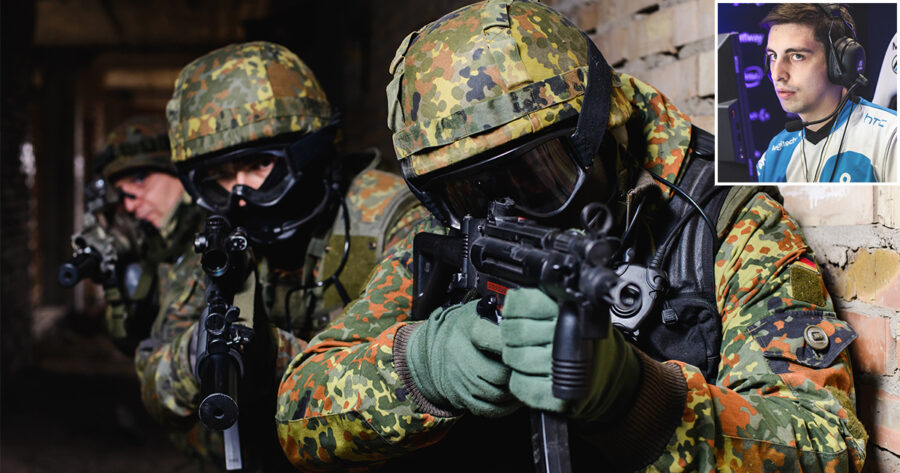 ORANGE COUNTY, Calif. — A SWAT team sent to stop a fake threat at the home of professional Twitch streamer Michael “shroud” Grzesiek reportedly told him that they are actually huge fans of his gaming content, according to close sources.

“When we get called into these high pressure situations, we are ready to eliminate all hostile targets with lethal force, but boy what a fun surprise it is to see a friendly face!” exclaimed SWAT Team Leader Steven Horowitz. “The whole team loves to watch shroud play PUBG and we play squads all the time. When we ran into his room, we were like ‘Hey! It’s kinda like we’re playing squads right now in real life!’ Maybe we should have thrown in a grenade first, am I right? Like in the game? So friggin fun!”

The SWAT team, which was sent in after an anonymous tip about a threat at Grzesiek’s home, broke down the front door and swarmed his bedroom with armed police officers before realizing it was a prank likely from a disgruntled gamer. According to the hundreds of thousands of people watching Grzesiek’s Twitch stream at the time, Grzesiek was horrified.

“I’m glad it was such a nice time for everybody,” said SWAT member Laura Gorny, after posing for a group photo with a visibly shaken Grzesiek. “Shroud was just so down to Earth. I know it’s technically bad that people call SWAT teams on streamers for no reason — especially for that guy who died — but for us, it’s nice to get a break from the action and talk video games with our favorite streamers.”

“I mean we’re basically good friends with Dr. Lupo at this point, which is so awesome,” she added.

At press time, after fielding questions from the SWAT officers about the difference between their assault rifles and the ones in the popular battle royale game PlayerUnknown’s Battlegrounds, Grzesiek cleaned up his home and took some time to relax with a six hour stream of Fortnite.

Video footage of the police raid is available in a YouTube video entitled “SHROUD GETS SWATTED FUNNY MOMENTS 15 FRAGS PUBG.”