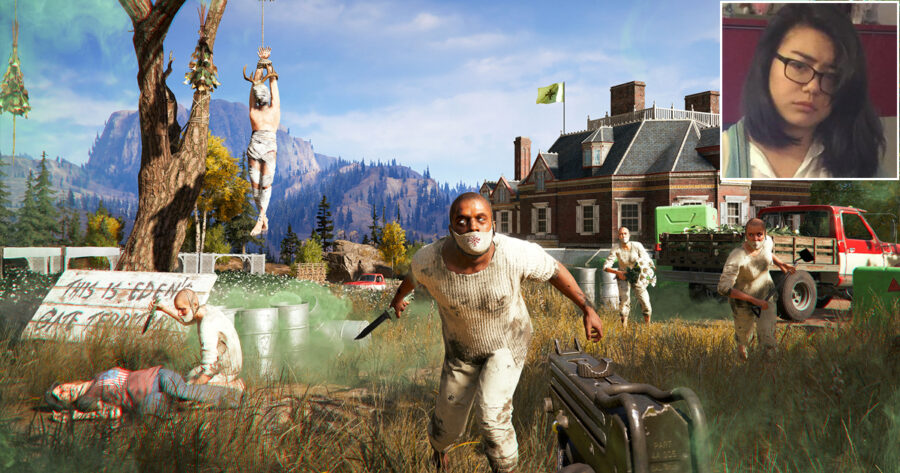 “I’ve been wanting to stream a stealth playthrough for a while,” Chow said to the over 200 viewers of the stream, “I really love how methodical you have to be, planning out every move and staying… Oh shit I’m spotted, eat lead motherfuckers!”

Chow proceeded to decimate the low-level enemies with a minigun, holding down the trigger for a full minute after they had been torn apart by the bullets. When asked over chat why she’d changed course so quickly, Chow became visibly defensive.

“Look, you saw that guy, he had a goddamn knife!  It was him or me, okay?” she said loudly as she hijacked a single prop airplane and used the mounted machine gun to blow up a gas station occupied by friendly NPCs, continuing her supposed stealth run.

While Chow continued to insist that she really enjoys using elements of stealth in her playthroughs, her love of bloodlust become more and more noticeable as the stream went on.

“Stealth is still my favorite way to play; I love to think tactically as you try to stay one step ahead of the enemy and oh fuck there goes the alarm eat lead, you pathetic hiding cowards!” she bellowed as her true nature revealed itself.

As loud explosions and gunfire rocked Far Cry 5’s Montana landscape, Chow assured her viewers that she would return to her stealth ways as soon as the area was cleared of enemies.

“I know you guys wanna see me slowly crawl in the shadows for a half hour, and I promise I’ll get back to that and just after I bathe in the digital blood of my enemies,” she said.