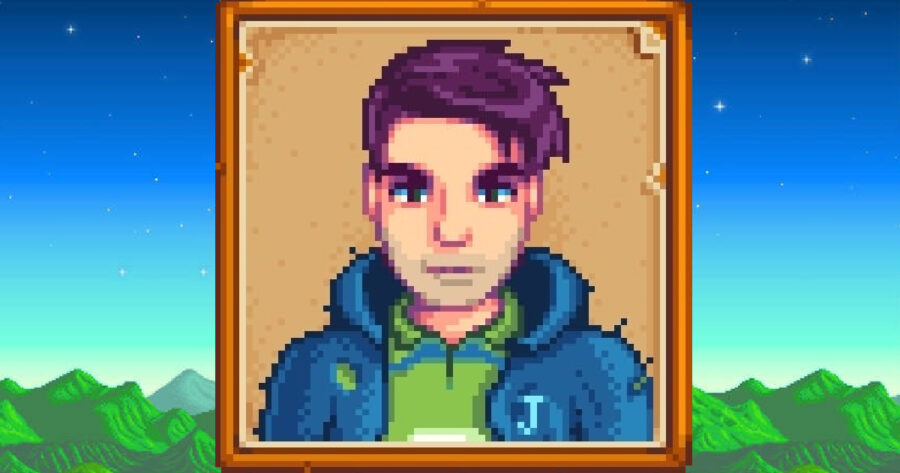 STARDEW VALLEY — Hoping to form a friendship or more, the new farmer in town gifted local Jojamart employee, Shane, a rare and valuable diamond. Unexpectedly, Shane’s response was a mixture of disgust and contempt.

“Why would you give me this piece of shit?” Shane spat. “I can’t drink this. What the fuck’s the point of a gift that I can’t drink, smoke, or huff? You’re a real asshole, you know that? I’m glad your grandpa died. What a hunk of shit.”

Shane then stormed out of The Stardrop Saloon toward the river nearby his home, where he proceeded to throw rocks at fish he claimed were taunting him.

“I woke up at about 2:30 a.m. because I heard somebody swearing and a whole lot of mooing,” said Leah, Shane’s neighbor. “It turns out Shane was drunk off his ass again. Only this time he was shirtless in the mud trying to wrestle one of Marnie’s baby cows. And he was losing. The cow had him dead-to-rights. When I told him to stop and shut the fuck up, he called me a Tumblr lesbian and then started crying. He’s a fucking mess, man.”

Marnie, Shane’s aunt and roommate, begged the townspeople to forgive Shane for his repeated, inexplicable outbursts of toxic behavior, but the mood in Stardew Valley suggests that patience is wearing thin.

“He gives alcoholism a bad name,” said Pam, the bus driver, who somehow finished an entire bottle of SKOL vodka in the time it took her to respond.

Even Shane’s former friend, Sebastian, has given up on Shane. “Any time you call him out on his behavior he says, ‘I have depression.’ Fuck it. We all have depression. The only reason people come to Stardew Valley is that they have depression. Stop using mental illness as an excuse to treat everyone like garbage. Suck it up and go to therapy, man.”

The new farmer in town seems to be the last holdout on optimism with regard to Shane. “Okay, so he hates diamonds. I’ll remember that,” the new farmer muttered aloud to themself. “I’ll just wait outside his house every day with my pockets full of gifts until I find one he likes. Sure, he’s abusive, and he hates my guts. But I know in my heart I can change him. Anyway, off to the mines!”