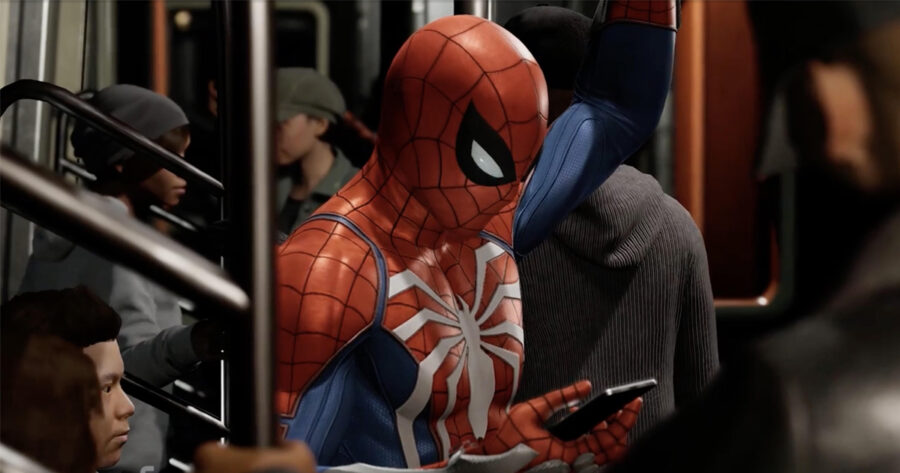 Marvel’s new Spider-Man game for the PlayStation 4, to be released this Fall, is a beautiful love letter to the island of Manhattan. In the newest iteration of the series, fans play as the titular Spider-Man in an open world sort of open world environment based on New York City, dedicated to recreating it as best as modern technology allows.

In fact, the game masterfully puts the player in the shoes of the young superhero, boasting a record-breaking 300 hour minimum gameplay length, most of which is spent pacing back and forth on the F train platform, waiting for a train to come. If you have ever wondered what it would be like to truly be Spider-Man, this is the closest we have ever been.

In one thrilling portion, Spider-Man gets an alert that Mister Negative has robbed the Bank of America on Delancey street, but Spider-Man is all the way up by 57th street. A prompt comes up on the screen, offering players the choice between tediously swinging all the way down to the robbery, likely arriving late and sweaty, or going into the 57th Street F train station, where a sign says a train is arriving in two minutes. Of course, the correct decision is to take the train — which, despite giving false hope via the sign saying it is only two minutes away the entire time, does not arrive for another forty-five minutes. This is the realistic NYC Spider-Man we have all been begging for.


The difficulty of the game varies as you play, getting increasingly harder as you dig deeper into the story, but it always feels like a natural progression. I did get stuck on one particularly hard boss level early on where Spider-Man has to battle it out on the platform of the 1 train with another guy trying to start a conversation about how much “Cuomo is a bitch” for not fixing the subways. After a few tries, however, I managed to successfully web up his mouth and avoid the trouble.

There are so many little details that make this experience fulfilling. In one particularly awesome minigame, Spider-Man, sitting on a stalled A train due to “signal problems” (although we know it’s likely Doc Ock causing mayhem above), Spidey pulls out his Nintendo Switch and enjoys an hour or so of Super Mario Odyssey. I personally don’t own a Switch, so getting to play it as Spider-Man was a real treat!

Overall, this game is the perfect experience for anyone who wants to explore the sprawling New York City as the one-and-only Spider-Man. I am definitely excited for the eventual DLC opening up the other boroughs and allowing Spider-Man to pack himself onto a hot M train during the L train shutdown next year. Rumors are already circulating that the villain of that expansion will be the Ghost, the terrifying conductor of the G train who slips away into the night, unseen.