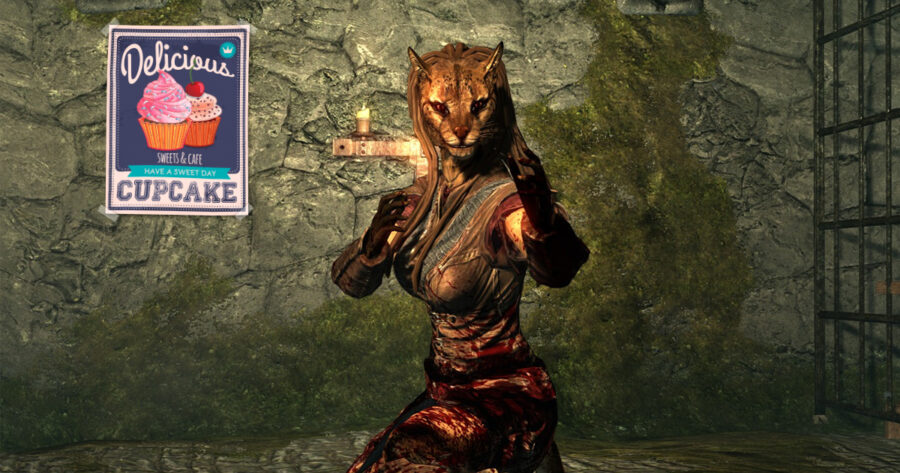 WHITERUN — Local guards were called to the scene of an alleged disturbance in the town of Whiterun, only to find a bake sale being held by a group of Khajiit children whom a local Nord woman deemed suspicious.

“When we arrived at the scene, a woman was hysterically shouting at some Khajiit kids about not having a permit to sell here,” said Whiterun guard Ysmaar Jorgarssen to a crowd of reporters gathered at the scene. “I don’t know what a permit is, or why she’s so concerned about it when there’s actual dragons circling the city, but I guess she thought it would be worth wasting everybody’s time to make sure these cat kids don’t sell some cakes.”

The woman, who asked to remain anonymous, claims she was simply concerned for the town’s safety, but several people in town claim that the woman’s actions were firmly rooted in racial prejudice.

“This type of thing is happening more and more often around Skyrim,” said Fredun the Whitemane, a local woman who witnessed the incident.  “I don’t mean to jump to conclusions, but if those kids were Nords, that lady would probably be stuffing her face with their cakes right now.”

While racial tensions have escalated steadily since the election of Donwald the Tanned as High King of Skyrim, the Whiterun guards have insisted that citizens use their best judgement when calling in an emergency.

“Look, if you see a troll kicking the walls down, or a bunch of huge spiders eating a guy, by all means, give us a call,” said Jorgarssen while wrapping up the press conference. “But if you see some Khajiit kids selling cookies or having a barbecue, maybe just rethink why you’re uncomfortable, instead of wasting our time.”

“Again, I repeat there are fucking fire breathing dragons and,” he could not finish saying before a dragon set him and the crowd aflame.