Sakurai: Waluigi is Too Big to Fit in Smash Bros 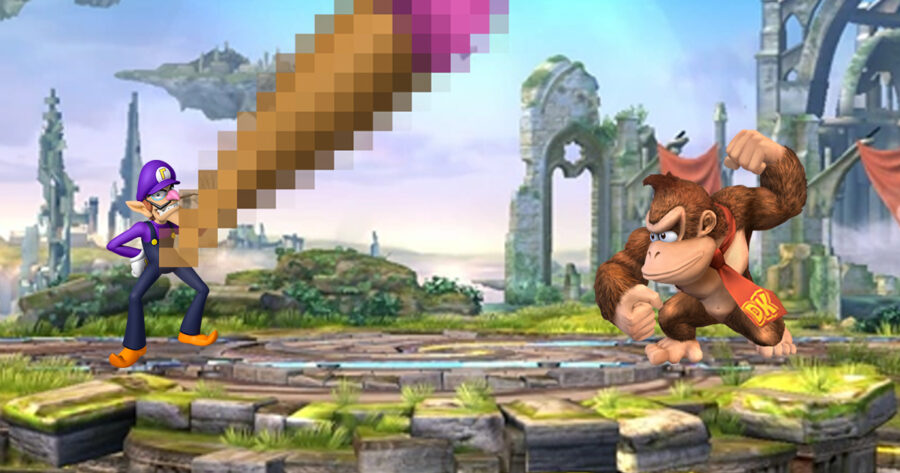 KYOTO, Japan — Masahiro Sakurai, creator of the video game series Super Smash Bros., explained to disappointed fans today that the reason Waluigi is not a playable character in any of the Smash Bros games is that he, and his uncircumcised fifty-foot long penis, are too large to fit on the screen.

“At lot of people thought that Ridley would never make it into Smash because of his size, but it’s actually Waluigi and his giant dick that are the problem,” Sakurai said in a series of tweets. “We have tried to fit in big characters. We have Ridley, we have Ganondorf, we have Bowser… we can handle beasts. What we can’t handle, is Waluigi’s uncut hog.”

Read More From Hard Drive: Nintendo Confirms Waluigi is Uncircumcised for Some Reason


Sakurai went on to explain that, if, like Ridley, the developers made Waluigi’s character the proportional size of others in the game, players would not even be able to make out the non-penis parts of Waluigi’s body.

“You would basically be playing as just a human-sized dick, flopping around like a fish out of water, and that just does not make for an interesting playstyle,” Sakurai said. “Like what would be the up-B for a giant dong? What would happen if Kirby tried to suck it? These are questions that no video game developer should have to answer.”

Sakurai further explained that he spent months working on making the Ice Climbers fit in the Nintendo Switch version of the game, after they had to be cut from the previous edition for being too demanding.

“Yeah we couldn’t fit the Ice Climbers in the 3DS game because they went through puberty after Brawl and also grew giant dicks and tits and shit, but we figured out how to tuck all that for Ultimate,” Sakurai said. “Video games are hard!”