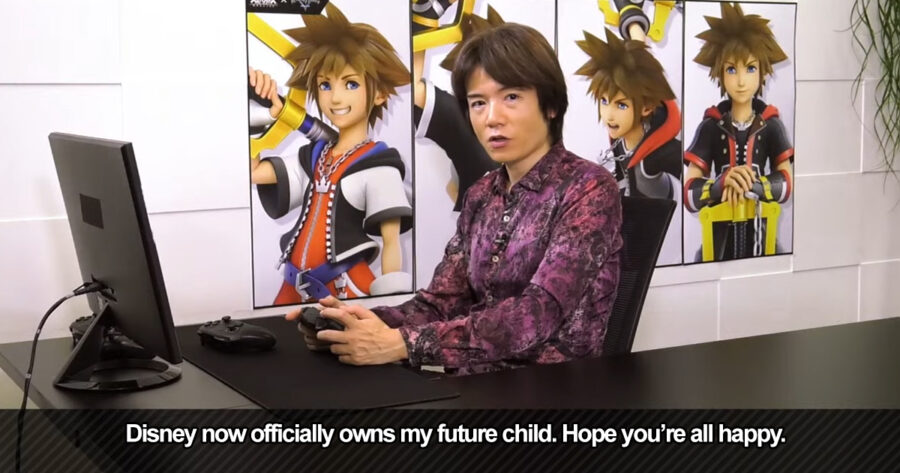 “It is such a great honor to have Sora on the battlefield alongside Mario. And to think, all I had to do was trade a person who I haven’t even met yet,” Sakurai said in the presentation. “Because Sora is the final character in the game, we wanted to make sure that his costumes are extra stylish. I think fans are really going to like what we’ve done with him. And on the flip side, I’m really excited to see what Disney does with my eventual son. I look forward to seeing what franchises he shows up in — whether he gets his own Disney+ streaming show from birth to death or if he’ll be doomed to dressing up as a character in the parks and cleaning up the underground tunnels. Whatever it is, I just hope the fans are finally happy and stop yelling at me.”

At press time, Smash Bros. fans complained about the series ending with yet another anime sword fighter.