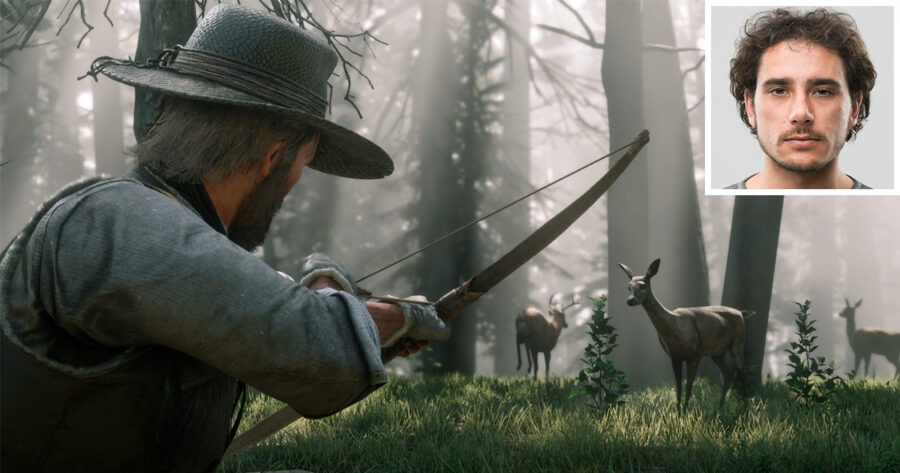 ITHACA, N.Y. — Local gamer Martin Phelps has reportedly found a new appreciation for the miserable and boring sections of his day-to-day life thanks to having spent the last few weeks playing Rockstar’s hit video game Red Dead Redemption 2, according to close sources.

“Now that I’ve played about fifty or sixty hours of just the skinning animations in Red Dead, I’m starting to really take another look at what I used to consider the ‘boring’ parts of my life,” Phelps told his friends. “For example, my two hour commute to work isn’t miserable… it’s art. Eating alone in my studio apartment every night isn’t lonely… it’s highly detailed.”

“I’m pretty sure this is what happiness is: finding a way to enjoy your confusing, clunky life and also playing a lot of video games,” Phelps continued, bumping into a table and scraping his leg. “Ahh shit, that hurt! OK but it’s not bad, it’s just very realistic for the, uh… time period. Fuck I need a band-aid.”

According to Phelps, he was prepared to enjoy Red Dead Redemption 2 no matter the quality of the game.

“I was so excited for Red Dead Redemption 2 before it came out that I basically have not allowed myself to dislike it, and that’s something I think is healthy to carry over into my real life,” Phelps explained. “I’m an awkward guy. Sometimes when I just want to say hi to someone, I metaphorically shoot them in the face with my words. I got too many things binded to one button, but now I know how to justify that as good no matter what.”

“Not every single movie is fun, but we still appreciate them as good,” Phelps added. “That’s true of video games and I really hope that it’s also true of lives. My life, specifically. Because it is seriously not fun.”