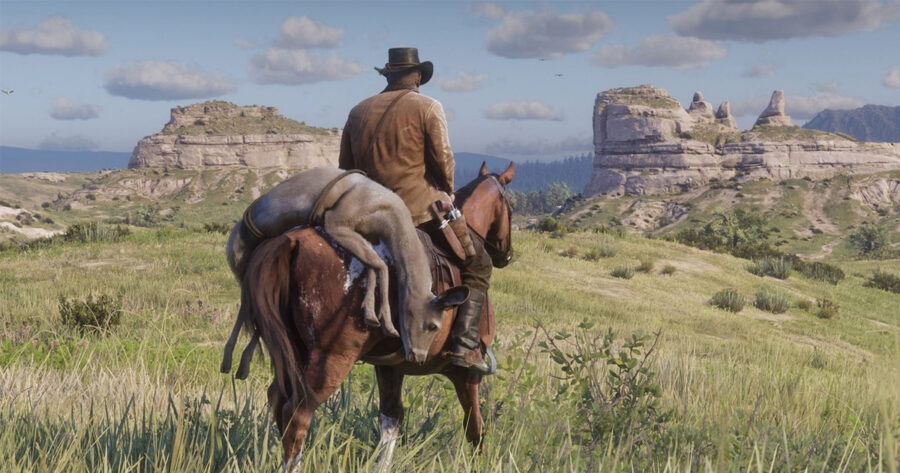 “In the fast-paced world of gaming, isn’t it about time someone forced you to stop and smell the roses?” Melanie Smythe-Watson, a representative for Rockstar Games, said. “Our foremost priority is giving players a triple-A experience that lasts longer than the lifespan of most pets. When a gamer shells out $98.29 for the Extended Edition of Red Dead Redemption 2, they are guaranteed that the fun will outlast their available time and interest.”

Many gamers found this explanation wanting, taking to social media to voice their concerns. “I understand they want to make the game longer. We all have things in our lives we wish were longer,” said YouTuber Ron “ChuckinStuff” Bilgen in a video review. “But this is a false sense of progression. For example, they start you off with a very sick horse with three legs, just so they can make it feel like an accomplishment when you steal your first mule. That’s bullshit.”

When pressed for comment, Smythe-Watson made it clear that Rockstar had no plans of speeding things up. “On the contrary,” she said, “we’re working on a patch now to start the player off with bone spurs and rickets. Every day the player must carefully mend and suture the leather on his boots. Sometimes when you whistle for your horse, it will run as far away from you as possible, as real horses are unpredictable.”

In spite of the extended edition’s issues, some gamers refuse to stop playing. “It cost me nearly a hundred bucks, so I’m going to get my money’s worth whether I enjoy it or not,” said gamer Veronika Sanchez.