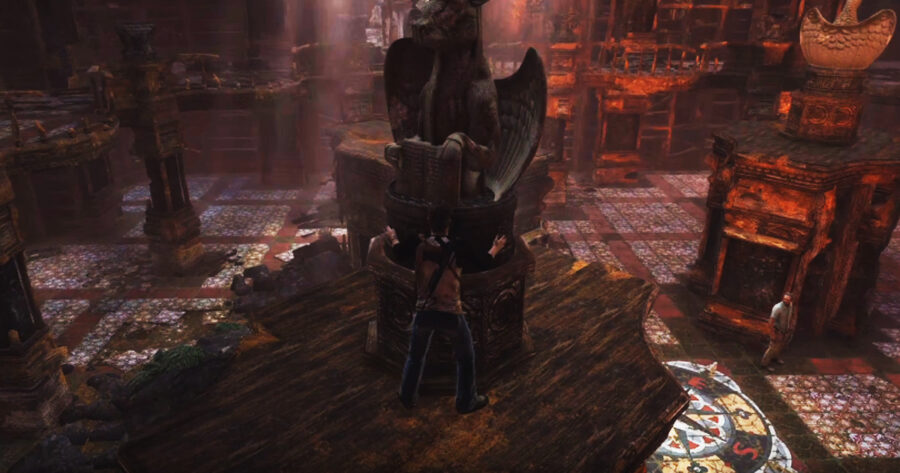 MONTGOMERY, Ala. — A growing wave of unrest erupted into violence, and then confusion, as protesters removed a confederate statue in the state capitol, and stumbled upon a shocking secret below: a hidden doorway leading into a dark passage filled with treasure, which had been previously sealed for hundreds of years.

“We had no idea what could be down there. I mean I showed up for justice, but now I might get some sweet treasure out of this thing?  That’s what I call a win-win,”  said Catherine Palmer, an Antifa protester who seemed surprisingly okay with capitalism as she stuffed her pockets with 18th century gold coins. “I love a good puzzle.”

Several counter-protesters had mixed feelings about the situation.

“Well, it’s a shame that our heritage is being erased and trampled on by these liberal cucks.  But on the other hand, I can use this money to airbrush a big ass Confederate flag on my sweet new Trans-am! Roll Tide baby, woooo!” said Gus Fairfield, who used his tiki torch to light the dark passageway for others.

When asked if they were pleased with the results of the day’s protest, both sides seemed overwhelmingly positive.  “Did we achieve what we came here for?  Yes,”  said Palmer.  “Am I gonna buy a new pair of Yeezy’s tonight?  Also yes,”  she shouted as she lit a victory cigar off of Gus’ torch.  “Fighting that re-animated Confederate boss monster in the final room was tough and confusing to me politically, but it was definitely worth my time.”

“I think what’s important here is that we put aside our differences, at the end of the day,”  Fairfield reflected, while sliding large gold rings onto each one of his fingers.  “We stopped arguing and shouting for a minute and realized we’re not all that different….because we got all this sick loot.”

At press time, the protesters and counter-protesters were all locked in a large room with various torches along the walls and constellations on the ceiling. Experts say that their only hope of escaping may come down to arranging the torches to match the stars above them.