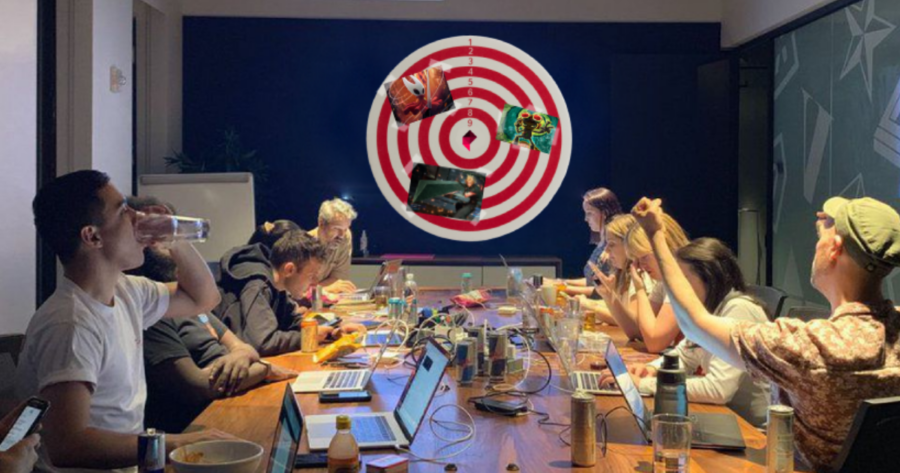 NEW YORK — The Polygon editorial team reportedly threw darts at a board of upcoming video game releases to decide which one they would describe as “reminiscent of David Lynch’s surreal masterpiece Twin Peaks,” according to those familiar with the situation.

“We’re out of Death Stranding articles for the time being, so we’re gonna need to whip up a new game with a weird town or, I don’t know, a guy with a few wacky lines of dialogue. You know, like Twin Peaks,” Polygon Editor in Chief Christopher Plante reportedly said to writers. “You’ve all seen Twin Peaks, right? None of you? Alright, well I haven’t either, but let me tell you — they get up to some zany shit in that one! The whole thing’s just totally weird.”

Close sources from within the Polygon writers room said that the team then blindfolded an intern and had them throw a dart at a board filled with upcoming titles such as Hollow Knight: Silksong, Final Fantasy VII Remake, Psychonauts 2, Halo Infinite, and more.

“I’m really hoping we land on Super Monkey Ball: Banana Blitz HD,” said Polygon Managing Editor Chelsea Stark. “There’s just something so surreal about being forced to live out your life as a monkey, trapped in a ball, blitzing bananas in high definition. What is life if not a maze in which we roll? I think someone said that in Mulholland Drive.”

The blindfolded intern then reportedly threw the dart and missed the board completely, accidentally hitting video producer Brian David Gilbert in the chest and causing some mild bleeding.

“This… is just like… Laura Palmer…” Gilbert was heard saying on the way to a local hospital before passing out.

As of press time, the Polygon team reportedly decided to just run another article anticipating the next Legend of Zelda game so they could mention David Lynch’s influence on Link’s Awakening six or seven times.