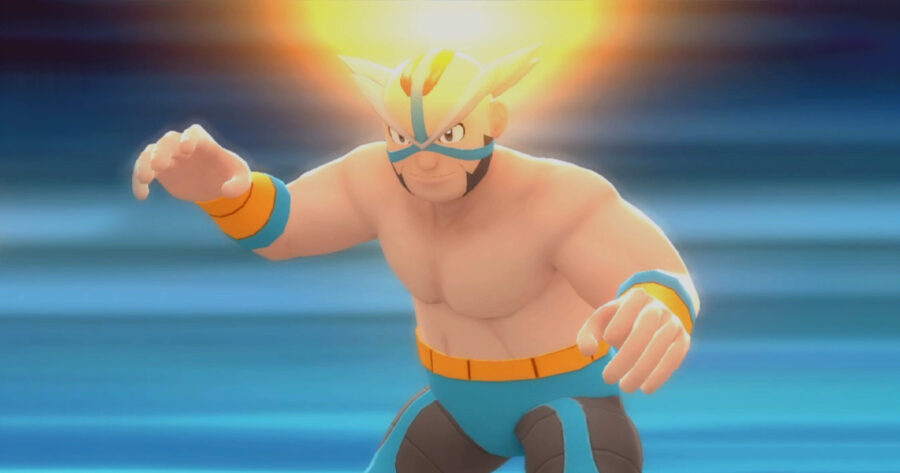 SINNOH REGION — Local Pokémon trainers were disappointed and embarrassed after discovering that Crasher Wake, the infamous water type gym leader, was reportedly living in his gym.

“When completing the puzzle to go up and fight him, I was suddenly blocked by a sad, dirty cot obstructing my path,” said Bug Catcher Joey Bettini. “Then, during our battle for the gym badge, Crasher Wake freaked out when my Empoleon accidentally destroyed his hot plate he had set up in the corner. He looked like he hadn’t shaved in weeks. I felt so bad that I just tanked our gym battle, he looked like he needed a win.”

Wake admitted the allegations were true and said his living circumstances are the result of some recent financial mistakes.

“Being a gym leader doesn’t exactly pay as well as you’d imagine,” Crasher Wake explained. “Also, I completely lost my nest egg at the Veilstone Game Corner, blowing everything I’d saved on a sick, obsessive bender trying to win a Silk Scarf. But the gym ain’t so bad, although every so often a kid has to kick me awake for our leader battle. Also, I don’t know who installed those buttons that randomly flood the entire place, but a rat or bug steps on one of those fuckers in the middle of the night and drenches me while I’m sleeping nine times out of ten.”

Wake’s constituents say his behavior has begun to affect his work as a gym leader.

“We’re all a bit worried about him,” said fellow Gym Leader Gardenia. “All the other gym leaders have offered him a couch or a guest bedroom, but he’s far too proud to take our help. He’s clearly going through something. Lately, he’s been giving up on battling altogether, just giving out the gym badge to anyone who tosses a couple lottery tickets or Marlboro’s his way. We got Nurse Joy to hold an intervention for him, but it didn’t go well.

At press time, sources close to Crasher Wake reported that the gym leader’s finances had taken a turn for the worse after his prized Gyrados was spotted on sale at a nearby pawn shop.