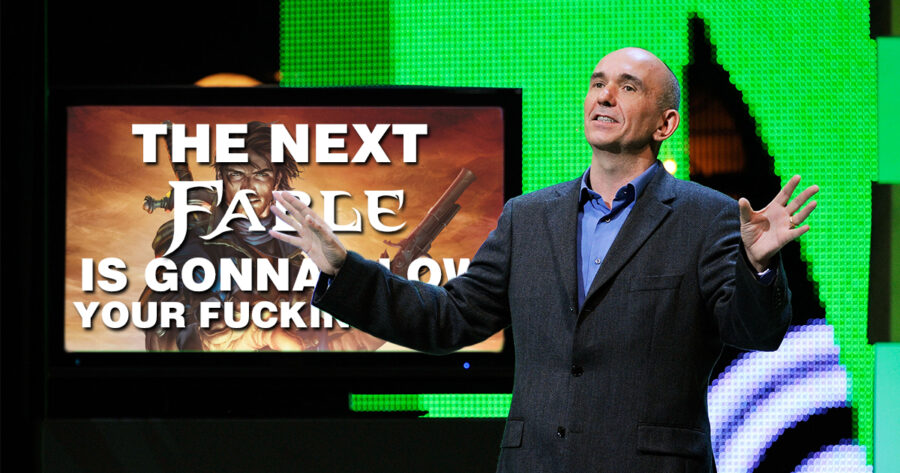 NEW YORK — During a conference of international developers this past week, polarizing game director Peter Molyneux was honored with the coveted “Lifetime Underachievement Award” for his continued commitment to overblown promises about half-baked video games.

Molyneux, whose credits include Black & White, Curiosity, and the Fable series, has become a fixture in the gaming community, often for creating titles that promise big breakthroughs in the way we play games, but ultimately fail to deliver on those promises.

“Throughout my long and storied career, I’ve strived to create experiences that left gamers wanting more, and this award is the culmination of all that hard work,” Molyneux said during his acceptance speech.

“With a career spanning 35 years, Molyneux is no stranger to building captivating worlds for players to explore, interact with, and ultimately grow tired of long before they get their money’s worth,” said presenter Daniel Strauss, an indie developer. “His list of groundbreaking games pales in comparison to his long list of broken promises and unmet expectations, which is why we can think of no better person to accept this award than Peter.”

After accepting the prestigious award, Molyneux shared some advice for up and coming game developers.

“Never, ever, be afraid to dream big, take risks, and set impossibly high expectations that you have no intention of meeting with the final product. If you strive to be bold and never give up, despite constant calls for your resignation as head of a major studio whose games have all underperformed both critically and commercially, well, maybe someday you’ll be where I am today,” said Molyneux to applause.

The speech ended with Molyneux plugging his upcoming game, The Legacy, and issuing a few more of his trademark guarantees. “I promise, you’ve never played a game like this before, because it’s not a game, it’s a lifestyle. Over seventy hours of gameplay. A main character who looks just like you. Laser snakes. Ice demons. Go kart racing. This will be a big breakthrough in the way we play games.”