Opinion: Pong Is a Fighting Game 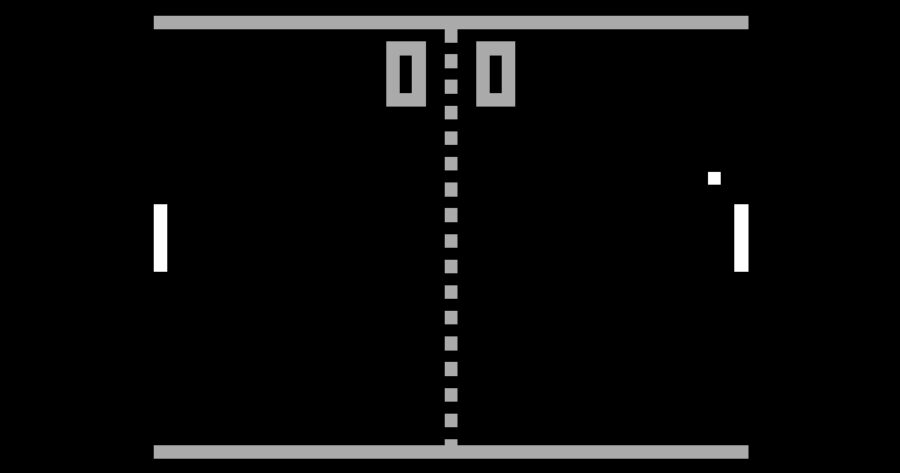 With gaming genres becoming more and more blurred as massive, industry-shattering games like Elden Ring and God of War effortlessly shift in tone and gameplay as you progress, some of the classics must be re-examined in a new context. Additionally, this is our website, and we can honestly have any opinion we want and you can’t do anything to stop us. Upon looking back at one of the watershed moments for video games, Pong, we realized that the player-versus-player adversarial game play is reminiscent of fighting games of today. We also realized that angry comments and quote Tweets just feed our online engagement insights. Go fuck yourself: Pong is a fighting game.

Sure, fighting games are usually two muscular men punching and kicking to fill up their various meters, and Pong is just two white bars bouncing a ball back and forth. This is an empirical fact. But fighting games have long stretched their own definition throughout the years. From classic 2D fighters like Mortal Kombat and Street Fighter, to platform fighters like Super Smash Bros or Arena fighters like Gundam, the genre clearly is a beautiful jewel with many different, unique sides.

But can Pong be considered a fighting game? Well, not really. It’s a very simple, primitive video game that contains no fighting at all. That said, suck my dick, we’re saying it’s a fighting game anyway. Honestly, just to upset you at this point. This opinion is a way to virtually spit in the face of any and all fighting game aficionados to say ‘we get to do whatever we want.’ Pong is a fighting game, and there’s nothing you can do to stop it.

Yes, we could spool some golden thread about how Pong is emblematic of the heart of competition in fighting games. Some genius boldfaced lie about the two infamous white Pong paddles being the first ever fighting game characters, but why even fucking bother?

Just from reading the headline you already decided if you agreed with the opinion or not, and merely clicked to be angered by the contrasting thought or have your own incorrect opinion reaffirmed. Why should we perpetuate this meaningless song and dance any further? I think it would be best if we just go our separate ways, perhaps forever.

Also nothing matters, Fortnite is a puzzle game.