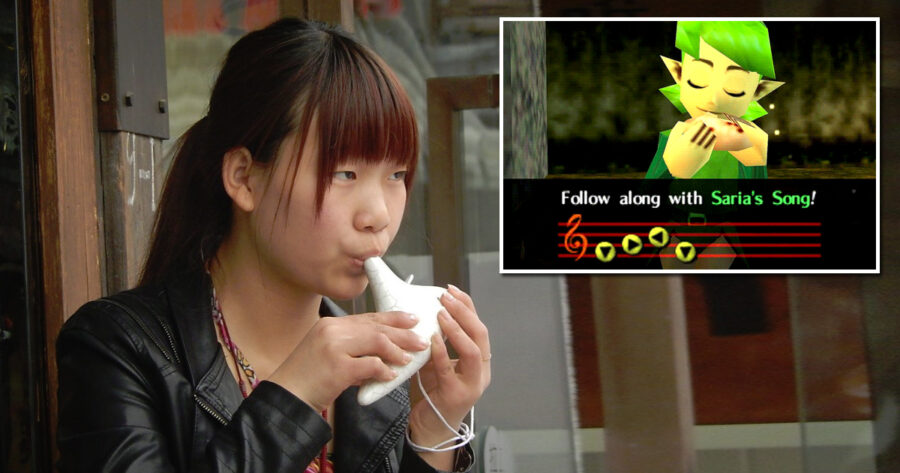 LOS ANGELES — Music teacher and ocarina virtuoso Marissa Harte let out a troubling and defeated sigh upon being asked yet again to teach a song from The Legend of Zelda: Ocarina of Time, a visibly shaken student reported.

“First, I told her I want to start a YouTube channel where I cover video game music. That’s when her eye started twitching,” recounted Danielle Nowak, student at the Silverlake Conservatory of Music. “But when I asked her to teach me ‘Saria’s Song’ from Ocarina, she let out a hearty sigh that sounded like she truly gave up the ghost.”

Harte then reportedly stood up, looked straight ahead, and silently walked out of the room.

When asked for comment, Harte scurried away, muttering “I can’t… I just can’t do this anymore. 6 goddamned notes. That’s all they want to learn. I can’t… I can’t…”

Harte allegedly has a large printout of Ocarina composer Koji Kondo’s face in her office that she used to throw knives at until alarmed parents reported her behavior. She reportedly now uses extremely sharp pencils as a substitute.

Colleagues believe Harter’s anger stems from a lack of artistic recognition from the ocarina community.

“She spends most of her free time writing original music for the instrument, but no YouTube video of hers has more than 90 views,” continued Vonner. “They’re all misclicks, too, looking for more Ocarina of Time music. I suggested that it’s a wonder anyone is interested in ocarinas at all, and maybe she should try to be a little more grateful for the game. That’s when she ripped out a tuft of her own hair, whipped out her ocarina and played what I can only describe as a war cry.”

“Why doesn’t anyone ask to learn a fucking song from Majora’s Mask? It’s the better game anyways,” Harte could be heard yelling in an alley behind the Conservatory. “Its Water Temple is so much more challenging.”