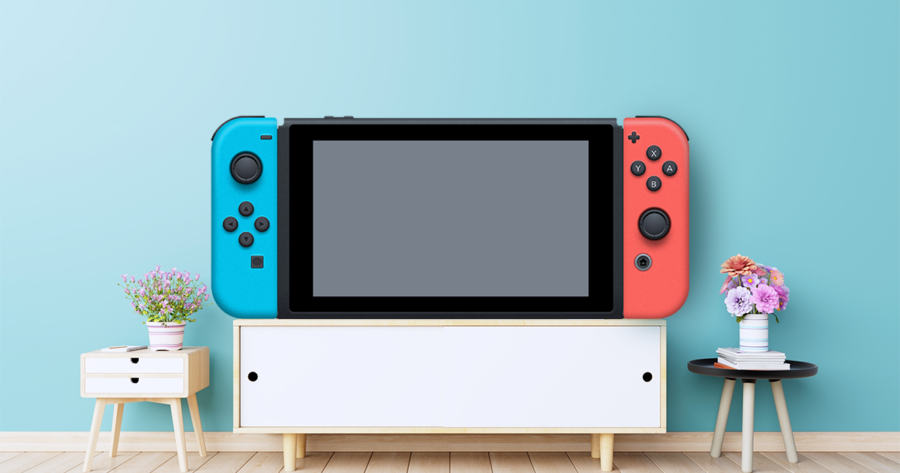 KYOTO — A Nintendo video presentation Tuesday morning unveiled the Nintendo Switch Heavy, a new model of the console specifically for gamers who don’t care about playing on the go.

“Nintendo Switch Heavy has been designed from the ground up with a new extra-large size, weight, and form factor with stationary gamers in mind,” said General Producer Yoshiaki Koizumi in the video presentation, shortly after pulling down a giant tarp behind him to unveil the new 40-inch console. “People around the world have already been enjoying Switch, and now with Switch Heavy joining the family, players will have a brand new option that’s optimized for at-home play.”

After Koizumi’s remarks, the six-minute video then cuts to a vibrant montage of people playing Switch Heavy consoles on various TV stands and wall mounts while energetic pop music plays in the background. The montage also features close-up shots emphasizing the collaborative potential of the Switch Heavy, as players gather around the console and work together to move the giant analog sticks and buttons permanently fused to its massive frame.

“As you might have noticed, the Switch Heavy is much different from the Switch you already know,” continued Koizumi after the montage. “For example, it does not need to be connected to a TV, because it is the size of a TV. The IR and motion control features have also been removed from the controllers since the console is so large and heavy.”

Koizumi then added that, while it is not advisable to attempt, the Switch Heavy could still technically support the face-mounted Nintendo Labo VR Kit.

“We are excited for the Switch Heavy to join the Nintendo family, and we hope that fans enjoy this brand new way to play and avoid any bodily injury, for which we would not be liable.”

Despite the initial positive reaction to the announcement trailer, fans were discouraged when a longform press release on Nintendo’s website revealed that the new hardware would only support a maximum resolution of 720p.