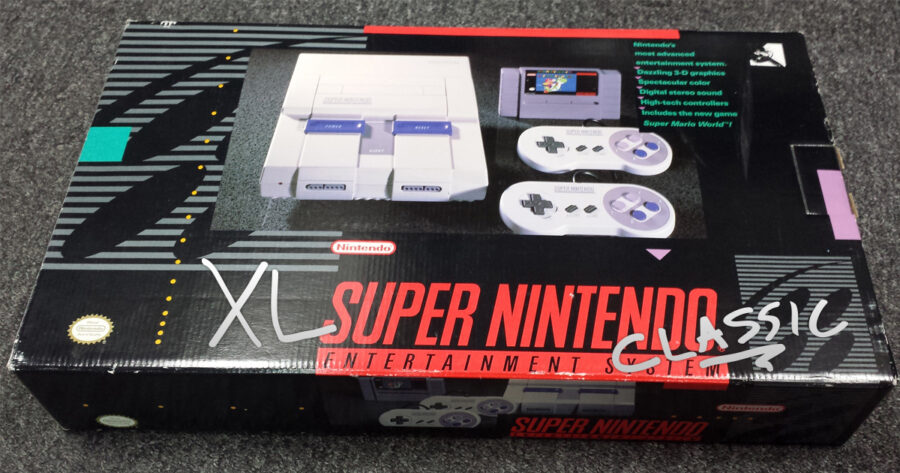 TOKYO, Japan — Nintendo announced today that they would be releasing a new version of the SNES Classic called the XL SNES Classic that upgrades the size of the hit console to the exact dimensions of the original SNES.

“People loved the SNES Classic but a lot of fans told us that it did not properly elicit feelings of the SNES because it was too small and you could only play the games preloaded on the console,” said Nintendo CEO Tatsumi Kimishima at a Nintendo event. “The XL SNES Classic has absolutely no games loaded onto it. Plus, it’s compatible with literally every single original SNES game available for purchase as cartridges.”

Nintendo fans praised the news across the web.

“I’m 99.99% sure Nintendo is just repackaging leftover SNES consoles they have laying around and writing XL and Classic on the boxes in sharpie,” said Reddit user u/donkeydickkong. “Regardless, I’d gladly pay upwards of $150 for that.”

“I don’t even care that I can probably just buy the thing on eBay for way cheaper. This is an official Nintendo product,” he added.

At press time, Nintendo announced that, despite having not yet released the XL SNES Classic, it was already sold out.