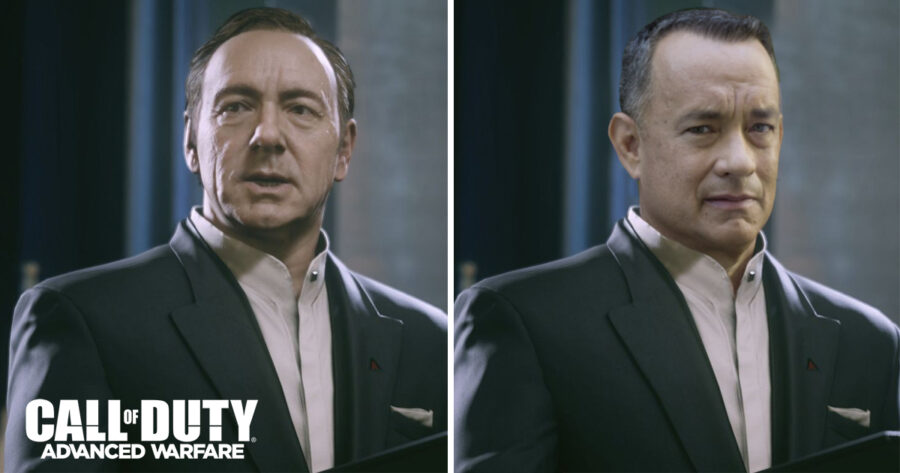 SANTA MONICA, Calif. — Activision announced a hot-fix today that would replace Kevin Spacey’s character in the 2014 video game Call of Duty: Advanced Warfare with beloved actor Tom Hanks after numerous claims of sexual assault came out against Spacey, according to close sources.

“We know that the game came out in 2014 but boy are those Spacey allegations shitty,” said Eric Moses, a spokesperson for Activision. “We just wanna do our best to wipe him out of every single thing he’s ever acted in. And technically that includes Call of Duty: Advanced Warfare.”

According to Hanks, the team worked day and night between the release of the patch and the allegations against Spacey to make sure the hotfix would go into effect.

“As soon as Spacey was accused of sexual assault, Activision gave me a call. I got to the studio that day and we re-recorded every single piece of dialogue in the game. Then, I got on my green jump suits with all the white balls and acted out everything I needed for the animators,” said Hanks in an interview. “Luckily I still had my suit from when I filmed Polar Express so it was super easy.”

“I just don’t know how anyone could play the game knowing what we know now, especially when you have to look into [Spacey’s] dead eyes in every cut-scene,” he added.

When fans raised concerns about the precedent this retroactive change would set for the series, Moses assured them not to worry.

“No matter what progress society makes, every villain in our game will remain a stereotypical middle-eastern or eastern-european man with a very thick accent,” said Moses in a statement to the press. “That much I can guarantee.”

At press time, Hanks also promised that he was available to re-film the famous “What’s in the box?” scene from Se7en, if need be. “I’ll even voice the cat from Nine Lives, if you want,” he tweeted earlier today.