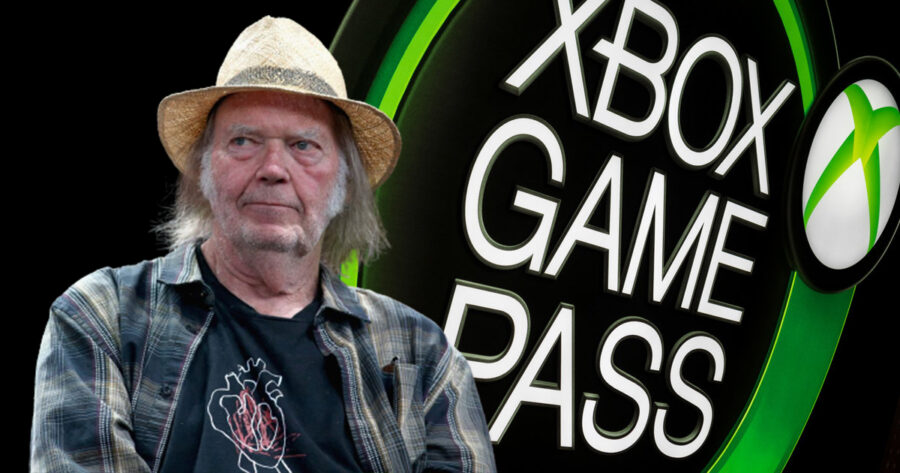 LOS ANGELES — Following his very public falling out with Spotify over his opposition to their platforming of Joe Rogan, the groundbreaking folk rock musician Neil Young released a statement today saying that he would not rest until his partnerships with all amoral companies were erased, starting with Microsoft. Young is demanding that the tech giant oppose labor abuses at Activision-Blizzard or else remove his vast and acclaimed catalogue of indie gaming hits from Xbox Game Pass.

“I am doing this because Microsoft is sanitizing Bobby Kotick’s image for profit and attempting to snuff the flame of a growing worker’s union initiative in the process,” Mr. Young wrote in a blog post on his itch.io profile which has since been deleted. “Please act on this immediately today and keep me informed of the time schedule. They can have Kotick or Young. Not both.”

Young’s letter pressures Microsoft to choose between its newest prospective business acquisition and his 41 beloved indie games, which are downloaded a total of 200,000 times on the game streaming platform per month. The Game Pass user base is estimated to account for 40% of Young’s monthly income as a game developer.

“If Microsoft sides against Neil Young, as they’re expected to, that would mean so many gamers will lose access to games such as After the Gold Rush: Gaiden, Crazy Horse Taxi, and Harvest Moon: No, The Other One,” said gaming industry analyst Tracy Forsythe. “It’s a bold move by Young, but not surprising considering his moral character. Clearly, this Activision-Blizzard thing means a lot to him personally, or else he wouldn’t put such a treasure trove of gaming history on the line like that. You really have to respect his guts.”

Diehard fans say they will seek out ways to play Young’s games through traditional means even if they are removed from streaming platforms.

“I’m really glad I held on to my PonoStation, because it’ll really come in handy now,” said Young fan and obscure console enthusiast Regis Bryce. “I can’t believe he actually built a piece of dedicated hardware just for playing his own games, but that’s just how much indie cred he has, I guess! Keep fighting the good fight, Neil!”

At press time, Neil Young said he would soon be preparing a similar ultimatum challenging Epic Games to either admit that they ripped off PlayerUnknown’s Battlegrounds or remove his premium skin and emotes from Fortnite.