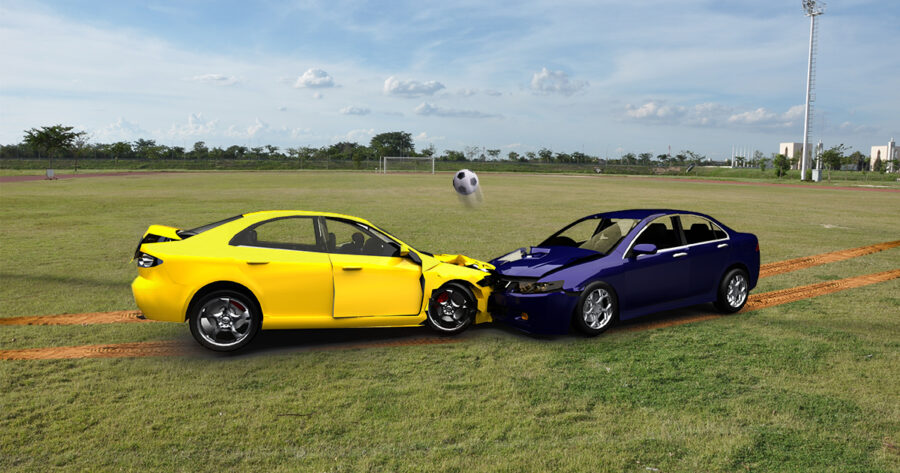 Everybody loves a real-life version of a fun video game. A real Italian plumber named Mario? Incredible. An actual person named Pac-Man who is afraid of ghosts? Amazing. World War 2 outside of CoD? Brilliant.

But what about a real-life version of the video game Rocket League? Well say hello to a group of awesome Wisconsin teens who attached rockets to their cars so they could murder each other in some IRL rocket soccer!

“Once we all got our learner’s permits at 16, we just knew we had to play Rocket League outdoors!” said leader of the super-fans, Jessica Ng. “So far eight of us have died.”

A big ole RIP to Steven, Marcus, Julie, Mike, Katie, Andrew, Trevor, and Samantha. May you always have full boosts in heaven and your aerials always land.

Jessica told us that the group found an abandoned football field just outside of their sleepy town and converted into their Rocket League field. Then, all they had to do was construct a giant ball and add rockets to the backs and bottoms of their new cars.

“The whole thing is a pretty impressive engineering feat, I think,” Jessica told us. “I’m hoping maybe I can use the project to boost me into the Ivy League. Is it wrong to use puns in light of all the death?”

We tried reaching out to Jessica again recently for a follow up on this story but unfortunately, she passed away in a car explosion after doing flips celebrating a goal. RIP Jessica.