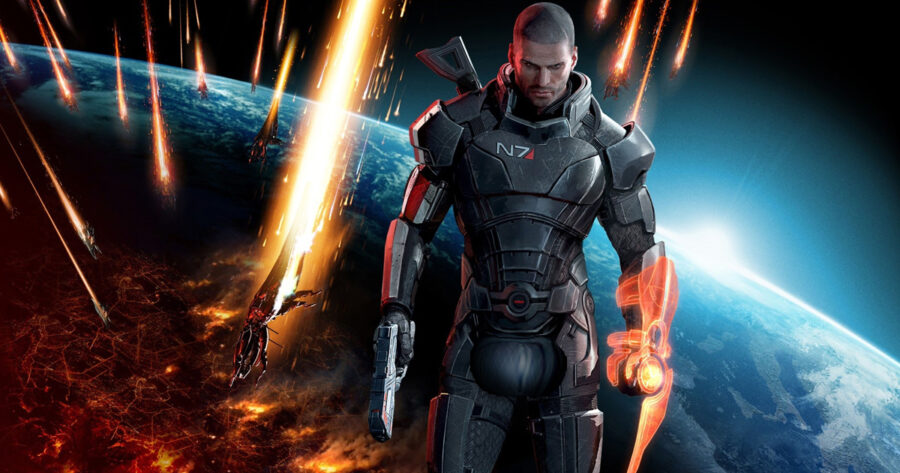 EDMONTON — BioWare has announced a compromise for Mass Effect fans upset about the removal of various butt shots in the Legendary Editions, giving Commander Shepard incredibly large and “juicy” testicles.

“We really felt like we dropped the ball on the whole butt thing and we knew that our fans were angry, but we didn’t want to just give in and make a game that we couldn’t stand by. That’s why we decided to give them the eye candy they wanted, without caving to their butt-based demands,” explained BioWare in a blog post. “We think that, while big bouncy balls often look and feel very butt-like, they represent a new frontier for gaming that few video games have explored. It’s the perfect compromise and we expect no one to be upset about it.”

Although fans have been supportive of the decision, there have been some road bumps in the development of the gigantic balls.

“As a result of the butts controversy taking place late in the development cycle for Mass Effects Legendary, we were unfortunately unable to make these big ole balls optional. They will appear on Commander Shepard no matter what players do to customize their characters, even across genders,” BioWare continued. “That being said, we have found that this has only made fans happier with the new direction. It seems that everyone is pleased with the large ballsack we have given Commander Shepard.”

At press time, BioWare quelled fears about potential crunch culture surrounding the enormous balls, explaining that every developer at the company is “desperate” to work on them and that the company will have to enact a lottery system to make sure everyone has an equal chance to develop the sack.