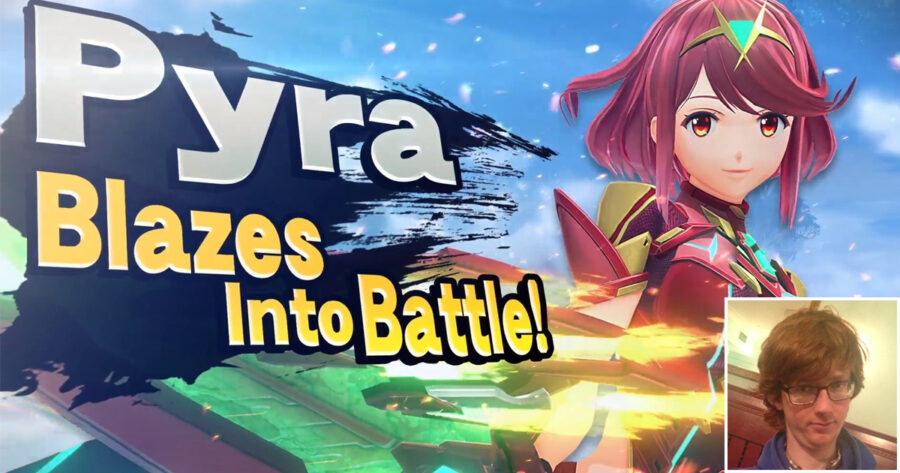 WANTAGH, N.Y. — Local gamer Lawrence Olson has reportedly breathed a sigh of relief following the announcement that the next Super Smash Bros. Ultimate DLC characters will be Pyra and Mythra from Xenoblade Chronicles 2, meaning the 270 hours he spent on the series meant something.

“These past few years have been really stressful for me,” Olson said. “I know a lot of people aren’t too thrilled about these fighters, but I spent about 6 months grinding blade affinity charts instead of getting my master’s degree. I really needed a win.”

Those close to the situation have said that Olson’s friends used to ignore him anytime he mentioned the game, but are now starting to show interest due to the Smash Bros. DLC announcement.

“I asked him why they went with such weird-looking characters. Surely there must have been non-waifus they could have chosen from,” Jared Knoble said. “Then he spent an hour telling me how they’re actually suicidal computer AIs guilted over the genocide they indirectly caused and that they glow when using ether energy. I just kept nodding. Still not sure what ether energy is or why one of them wears booty shorts, but I guess it’s hot.”

The most exciting thing about the reveal, according to Olsen, is the potential it holds for the series’ future.

“I was exposed to Xenoblade when Shulk was added in Smash 4,” Olsen said. “The more Xenoblade characters are added, the more people will keep wandering into this awful British spiderweb Nintendo’s weaved. Eventually, everyone will convince themselves that the characters are wearing the appropriate number of belts. That’s when my expertise makes me a valuable asset to a friend group instead of just the annoying guy who everyone wants to shut up. Fingers crossed we get there soon.”

“I think a lot of Xenoblade fans — myself included — are worried that Nintendo will abandon the series as they have with so many of their other franchises.” Olsen added. “But now like me, they’ve invested too many hours into this series and soon they’ll just keep making entries because they’re too afraid to admit they don’t actually know the plot either.”

As of press time, Smash Bros. creator Masahiro Sakurai made a lengthy blog post to explicitly say that he will not be bailing out fans of the Bravely Default franchise.