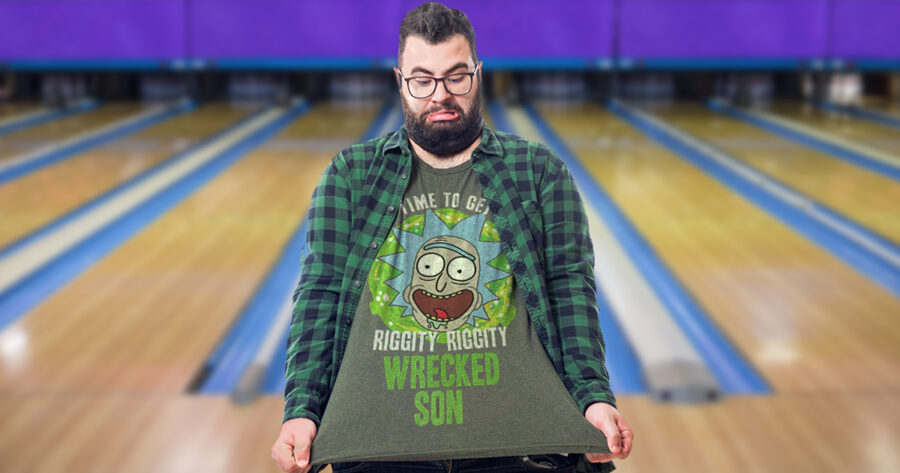 RICHMOND, Va. — Mistakenly assuming that his ordinary equipment would be adequate to see him through the encounter, IT specialist Alejandro Mano, 24, made a grave miscalculation when he recently equipped Lvl 4 gear for a Lvl 30 first date.

When Mano arrived at the date, which took place at the local bowling alley River City Roll, he immediately realized how under-equipped he was. His loadout, which consisted of mostly common items such as an Ill-Fitting Graphic Tee (Lvl 2), Default Hat (Lvl 1), and Gas Station Sunglasses (Lvl 3), added up to a disappointing overall defense rating of Lvl 4 when paired with the uncommon Flattering Olive Pants (Lvl 10) that his mother gifted to him on his birthday.

Mano’s date, Linda Huang, 26, was comparatively overpowered with her legendary Peppermayo Porto Flip Dress (Lvl 58), an item with such impressive stats that her overall defense rating never dropped below 30 even when paired with the Basic Bowling Shoes (Lvl 2) that both were required to wear on the lanes.

Mano told sources that he could tell from the look on Huang’s face that she thought he was a scrub.

“It just felt like she was carrying me through the whole date,” Mano said. “I wanted to show her how good I am at the arcade games, you know, to impress her? But she kept beating me…”

When it came to bowling, Huang’s dexterity rating (140) made her a force to be reckoned with, even causing nearby NPCs on another lane to enthusiastically cheer and clap as she threw her third strike in a row. Mano had no such luck, repeatedly throwing gutterballs while claiming that there must have been a glitch with the lane.

When reminded by Huang that they were both using the same lane to bowl, Mano inferred from her tone that he had a 1.75% chance of successfully casting Charm, and that the likelihood of a bonus round at her apartment was slim.