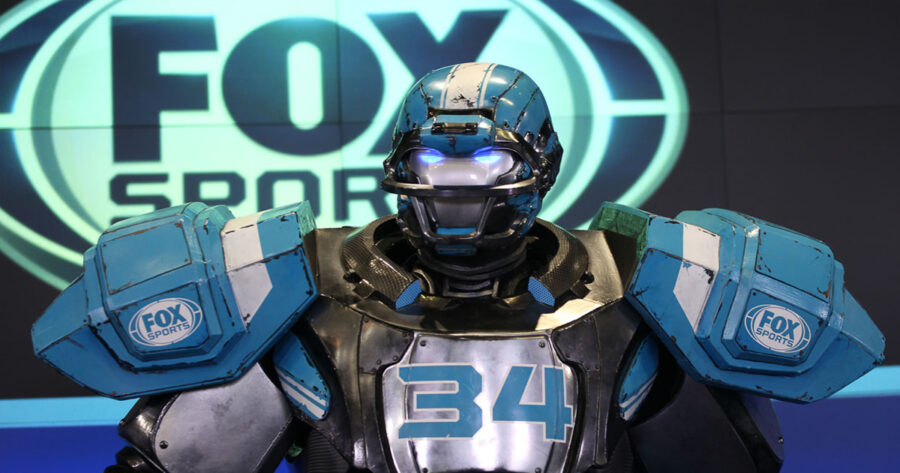 PHILADELPHIA — Local nerd-culture fan Mac Armory, 22, is secretly hoping that one of those cool Fox Sports football-playing robots make an appearance in the actual Super Bowl he is watching, according to close sources.

Despite displaying a confident appearance as someone who “Totally knows a ton about the Super Bowl and professional sports in general,” at a local Super Bowl party, an anonymous source told reporters that Armory is not 100% sure if the giant robots are fictional.

“Mac doesn’t want to reveal his hand by asking and accidentally let everyone know how little he knows about the Super Bowl,” said the anonymous source who specified very clearly he is not Armory. “That being said, Mac definitely thinks it would be sick if it turns out those giant robots make their way into a play soon.”

“Maybe like each team gets one robot in the last quarter? That seems very plausible to me,” the anonymous source added.

Armory, a giant-robot aficionado, loves many pieces of giant-robot and mecha media, ranging from Gundam to Transformers, and Pacific Rim to the Hugh Jackman-led boxing film Real Steel. As a result, friends quickly picked up his secret hope for the Fox Sports characters to make an appearance on the field alongside the Eagle and the Patriots.

“Every time those robot guys appear on the screen in between commercials, Mac’s like ‘Oh man, I can’t wait for them to show up, right?’ It’s really clear that he’s trying to gauge our reactions,” said host of the Super Bowl party, Renee Stevenson. “It’s weird that he thinks there are actual giant robots that play in the NFL. That being said, I love football, but it would be pretty sick to see the robots play for once.”

At press time, Armory wondered aloud if the scene in The Dark Knight Rises where “Bane blew up the whole football field and the one guy got a touchdown while the stadium crumbled behind him,” has ever happened in real life.