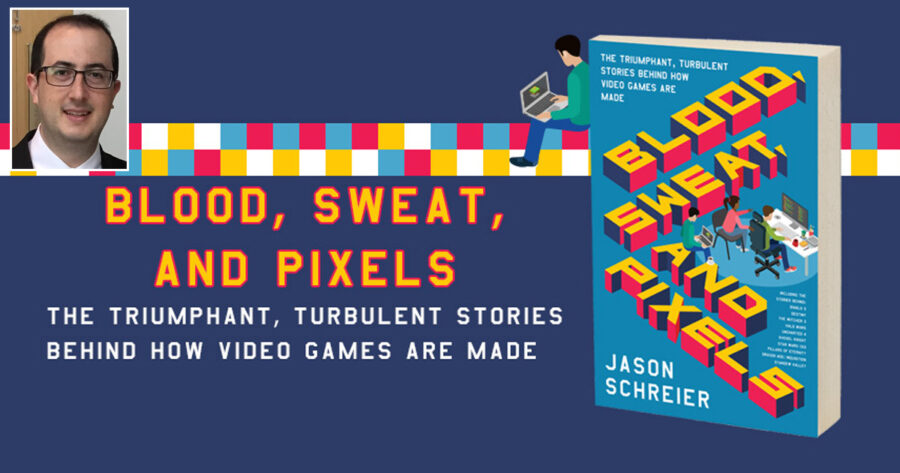 NEW YORK — Author and Kotaku News Editor Jason Schreier is reportedly going through the period known as “crunch,” working grueling 20-hour days in order to finish up the demanding sequel to his popular book Blood, Sweat, and Pixels: The Triumphant, Turbulent Stories Behind How Video Games Are Made.

Schreier told reporters he was hoping to have chapters detailing the development stories of Star Wars Battlefront II and Red Dead Redemption 2 ready for fans to test-read at PAX East, but may have to instead build fake versions that won’t necessarily make it into the final book.

“People really loved the original Blood, Sweat, and Pixels, which means that the sequel has to be bigger and better, with a ton of new features,” Schreier wrote in an article for Kotaku, explaining that the book may be delayed. “The publishers really wanted a bunch of pop-up art in the middle of the book, but I just think that isn’t possible if we’re going to release it in a reasonable timeframe. Right now I have an excel document with roughly 8,000 errors in the book that I need to go through and fix, although I’d say only about 3,500 are essential to the release.”

“Ultimately, if we need to put out a day-one patch for the book, I’m not against that,” Schreier added, “which is pretty straightforward for an e-book, but would be pretty hard to do for a physical book, because it would involve the publishers going door-to-door cutting out pages and inserting new ones into every single copy.”

According to the publisher, Harper Paperbacks, production on the highly-anticipated book has been stalled due to some communication issues.

“Part of the problem was that the person writing the book had no communication with the person designing the cover,” said a representative from Harper who wished to remain anonymous. “When you have different groups of people working on different aspects of the same book without discussing anything, you’re going to have a lot of trouble coming up with a cohesive vision!”

As of press time, Jason Schreier announced that, due to pressure from Harper Paperbacks, the final version of the book will now be a novel set in the Halo universe.