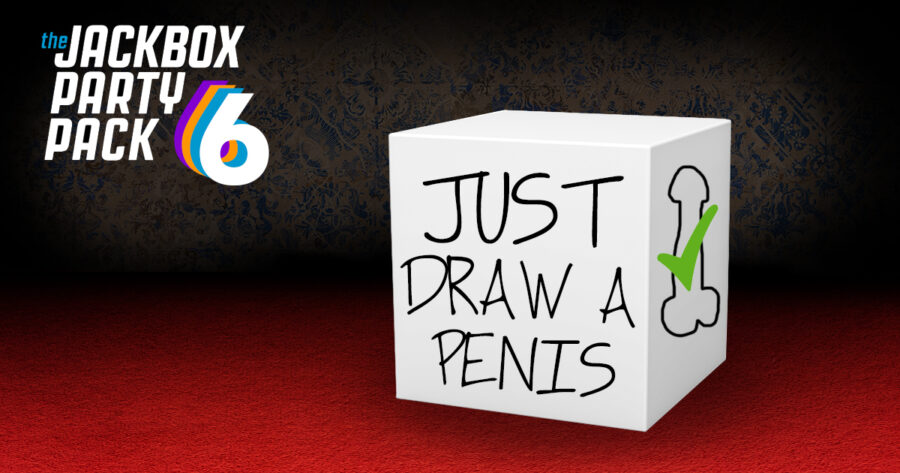 CHICAGO — Jackbox Games revealed that “Just Draw a Penis” will be one of five new games that will be part of the upcoming Jackbox Party Pack 6 collection.

“Let’s just say keeping this a secret was pretty hard,” said Arnie Niekamp, creative director of the mini-game, with a smirk. “This is the kind of game that will surely arouse humour from your friends because dicks are, you see, hysterical. We’ve done the research and we’ve ran the numbers. Jackbox Party Pack 6 is the ultimate way for you and your unfunny friends to squeeze some laughs out of your next hangout!”

Developers at the studio stated that the idea came from looking at player data in past games.

“Our research showed that the most commonly chosen ‘Fibbage’ prompts were phallic in nature, with ‘Penis Boner’ occurring most often,” according to developer Julia Stephens. “We were also able to determine that there are twelve ‘Johnsons’ drawn in every ‘Drawful’ game. Granted, the prompts are suggestive, like ‘Aerodynamic Man In A Football Helmet’ or ‘Dachshund Wrapped In A Blanket With A Nose Cold’, but the data is clear — our hardcore fans want to spend hours bonding with their friends over various cock-related games.”

Niekamp explained that gameplay involves players drawing and then presenting their digital dongs to each other, at which point they then rank them based on realism, veininess and creativity.

“And much like ‘Tee K.O.,’ if you just adore your rock-hard rendition, you can actually order a 3D printed one to be delivered to your doorstep.”

Niekamp refused to comment on rumors that the next game to be announced would be “Just A Digital Version of Cards Against Humanity.”