IGN Reveals Its 104-Way Tie for Game of the Year 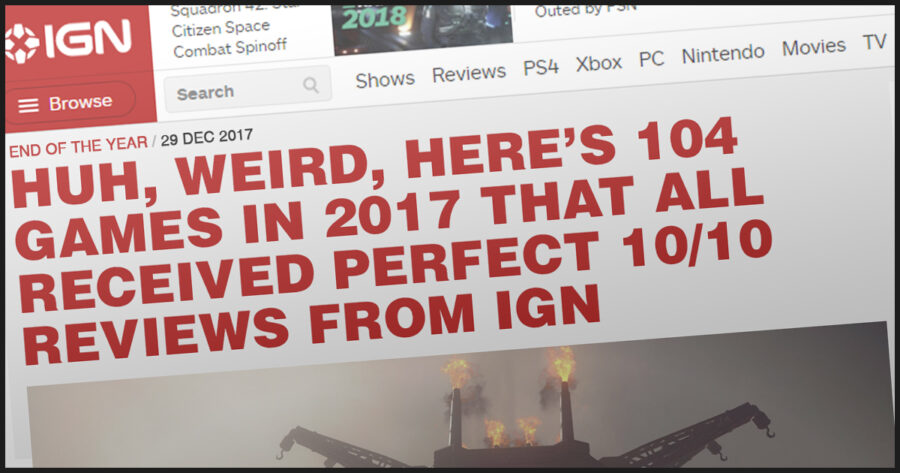 SAN FRANCISCO — IGN faced controversy this week, as they were unable to determine a unanimous decision for Game of the Year, choosing instead to release a list of every major title that received a positive review.

“At first we just figured we’d pick the game that earned the highest rating this year,” said Jared Reese, an associate editor at the site. “But when we took a closer look at the numbers, we realized that we’ve given nearly every game released this year an 8/10.  That’s when the arguing started.”

Once the editors realized their dilemma, several debates broke out over which game truly was the standout release of 2017.

“There have been so many great games that have really changed the way we play,”  said Amy Durewitz, a member of the site’s social media team. “I mean, ‘PlayerUnknown’s Battlegrounds’ has intense gunfights and fast-paced action, but ‘Middle-earth: Shadow of War’ has fast-paced action too, except with swords. Guns or swords. Damn. What an impossible decision.”

“Plus, we’re such good friends with all the companies who made these games. We can’t let those guys down!”

Reese pointed out to several employees in their first year at IGN that this is an annual holiday tradition around the office, and that most employees find the arguments to have enough entertaining qualities to cancel out any unpleasantness.

“I think there’s one thing that we can all agree upon,” Reese said. “That most games are pretty fun, and we enjoyed playing all of them to about an equal degree this year.”