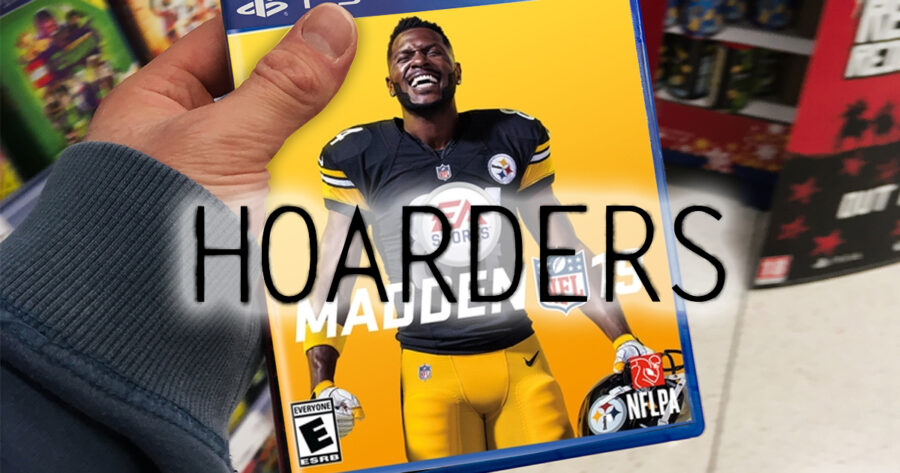 LONG BRANCH, N.J. — A recent episode of A&E’s show “Hoarders” profiled Chad Waites, a gamer with copies of both Madden NFL 06 and Madden NFL 19 in his home.

“When we first entered his home, we weren’t sure what to expect,” said psychologist Dana Holliday. “I’ve been in apartments where dead cats and old newspapers competed to see who will reach the ceiling first, but the sheer volume of Madden games Chad possesses, which, to be clear, is two, isn’t just concerning — it’s potentially diagnosable.”

Darrell Braithwaite, an owner of a cleaning company from Jersey City, was brought in fresh off a job where he removed a veritable colony of hamsters in an old townhouse.

“This Madden job is tough,” Braithwaite explained. “My team is more high strung than I’ve seen them in a while. I had an employee of ten years walk out on me yesterday, saying Hurricane Sandy gave him less trauma than this apartment.,”

“We are professionals, so I can assure you we will get the job done, but we aren’t cleaners of the mind and I can’t imagine the damage this kind of hoarding has done to this poor man’s mental state.”

As Waites adjusts to life beyond his disorder, an update was provided on Jan Berkeley, a previous feature who relapsed and had once again started saving every single Loot Crate box she had ever gotten.