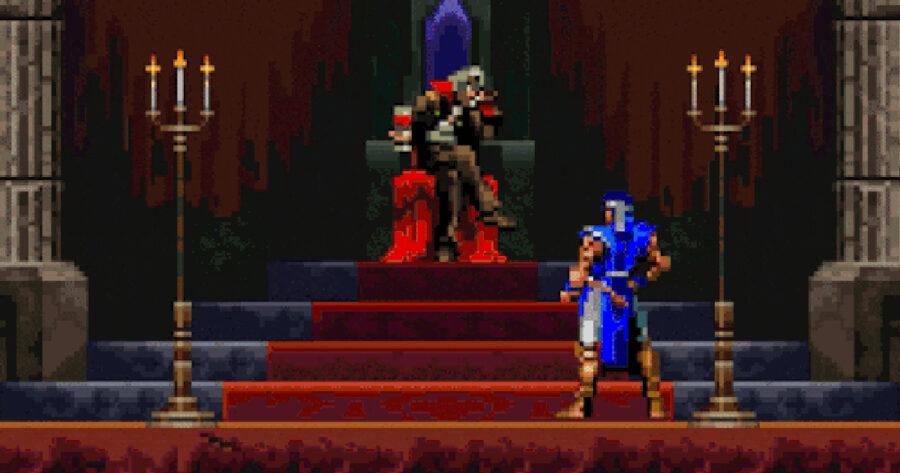 CASTLEVANIA — In an attempt to be more health-conscious and diet-friendly, Count Dracula Vlad Ţepeş has reportedly taken it upon himself to replace the pork chops, turkey legs, and other comically large hunks of meat that had previously been stashed throughout various false bricks of his castle’s walls with healthier alternatives of fruits and vegetables, sources have confirmed.

“It’s hard to keep track of my figure, especially since I can’t see my reflection in the mirror or even take photos of myself,” said Dracula, casually tossing yet another glass of wine down the flight of stairs adjacent to his throne. “But it turns out I put on a few pounds over the last few months when I wasn’t paying attention. I tried the whole keto thing for a while but it didn’t really work out for me since my blood sugar is already so low. So I said, to myself, Vlad, no more junk food. It’s only fruits and vegetables in the castle from now on. I used to have a lot of hiding places for my rotisserie chicken snacks, but I’ve cleared those all out. Temptation is one of mankind’s greatest sins, after all.”

The Belmont clan, who are sworn to slay Dracula whenever he reawakens from his slumber or is resurrected from the dead, expressed disappointment at the change in food options available to them while adventuring.

“My family has been storming this castle for hundreds of years,” Richter Belmont said. “We’ve been able to get by on the sustenance of  the fatty, greasy foods hidden throughout Dracula’s keep. Imagine my shock when I extended my whip expecting to find my favorite wall chicken, only to be met by a plate of orange slices, a Fuji apple, and a bowl of legumes. What the fuck are legumes, even? They look like beans, but they’re vegetables? How am I supposed to replenish my HP after a boss fight with this?”

According to Dracula’s son Alucard, Dracula is no stranger to succulent desires.

“This isn’t the first time father has tried to curb his appetite by keeping ‘junk food’ out of the house,” said Alucard. “He’s got so many hiding spots for snacks it’s honestly shocking. I’ve done a full raid of the place from top to bottom and still find myself getting confused from time to time. Hard to believe he’s got a memory that good after all these years, must be all the fresh blood keeping his brain sharp.”

At press time, sources confirmed that several pints of ice cream, figgy pudding, and pork roasts could still be found hidden in the walls of Dracula’s secret inverted castle for special emergency cravings.