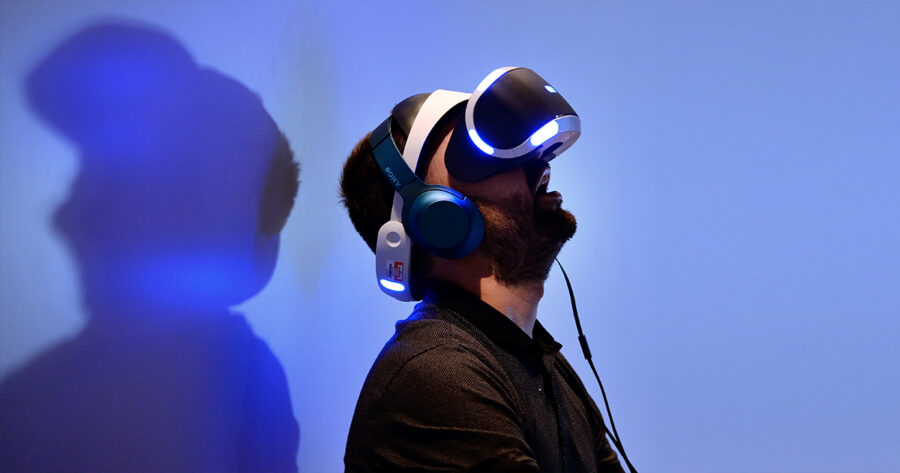 BOSTON — Boston College sophomore Daniel Milner recently purchased a PlayStation VR gaming headset and what he claimed was a copy of Skyrim VR, a game which Milner insists requires the player to expose their penis during crucial moments in the story.

Milner’s claims, however, have been called into question by his uncomfortable roommate, Alex Hinton.

“After Dan bought that headset last week, I didn’t see him for three days until he stumbled into the kitchen drenched in sweat and chugged three Gatorades in a row,” said Hinton in his dorm’s common area. “I walked in on him later with his dick out, but he just froze up and, stammering, said he was slaying a Snake Druid. I’ve played the original game and that’s definitely not a real thing.”

Hinton has reported hearing strange moans and intermittent sobbing late at night coming from Milner’s room, but when confronted, Milner remains defiant that he is simply immersed in the twists and turns of Bethesda’s classic role-playing game.

“Oh, you must’ve heard me doing a side quest last night,” said Milner, while avoiding eye contact. “It was pretty crazy actually. I got kidnapped by a Frost Giant and dragged to his lair, then he started choking me really hard and wouldn’t let go until I yelled, ‘I’m a good boy for daddy!’ over and over again. So yeah, that’s probably what all the noise was last night. Just gaming stuff, y’know?”

While Hinton claims to have a pretty good idea of what Milner is really doing with the VR headset, he insists he wouldn’t have a problem with it if Milner would simply own up to it.

“Still, I’ll give him credit for committing to the bit. Whatever he’s watching in there definitely involves dragons and very hairy vikings.”