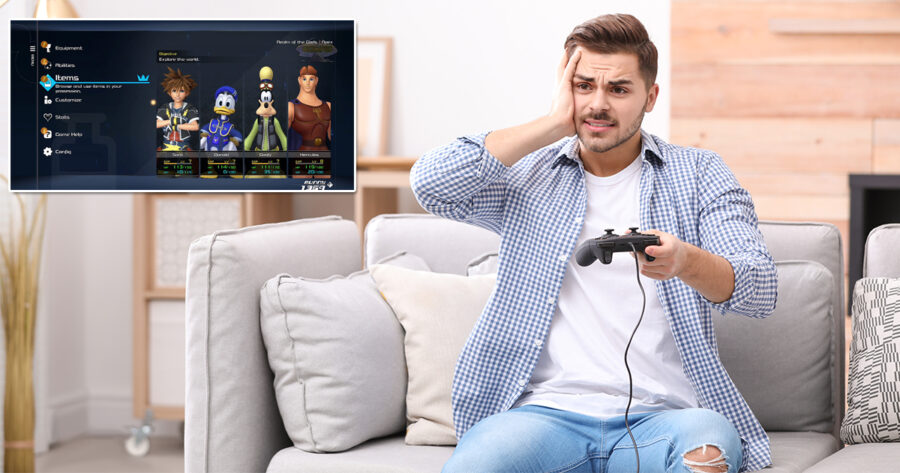 SYRACUSE, N.Y. — Local gamer Martin Avery has not played Kingdom Hearts 3 for an entire week, effectively rendering all of his progress moot due to him barely remembering the basic functions of the game, close sources report.

According to those close to Avery, the gamer had to put his hobby aside after a busy week that included late hours at work, having to watch his kids for the weekend, and sinking 15 hours into the newly released Sekiro: Shadows Die Twice.

“I booted up Kingdom Hearts for the first time in a week and it’s hard for me to even imagine I ever knew what was going on,” Avery said to friends. “My muscle memory is completely shot, I don’t remember what any of my attacks do, and I know I have to talk to Remy the rat or Scrooge or some shit about… cooking… boosts? I have hours upon hours in the game and I think I need to just cut my losses and start from scratch.”

“Every time I think about playing it again, the anxiety of having to refigure out where I am fills me with dread,” Avery added. “So I just never play it, adding more and more time between play Kingdom Hearts sessions.”

Avery’s friends told reporters that he often struggles to finish games after a week away from playing them.

“It seems like it’s really hard for Martin to follow through on tasks that can’t be finished in one continuous attempt,” said Avery’s boyfriend Steve Crowding. “The other night we were having dinner at a restaurant, and he got up to use the bathroom. When he came back, he couldn’t remember which plate was his or what he had even ordered, so he called the waiter over, asked if they’d take his half-finished plate away, and ordered a new meal as if he had just sat down. Then he spent the rest of the dinner ranting about how he doesn’t remember why Sora’s a toy in Kingdom Hearts. I’m really worried about him.”

At press time, Avery told friends he had already forgotten how to link together moves into combos in Sekiro due to the time he spent complaining about Kingdom Hearts 3.