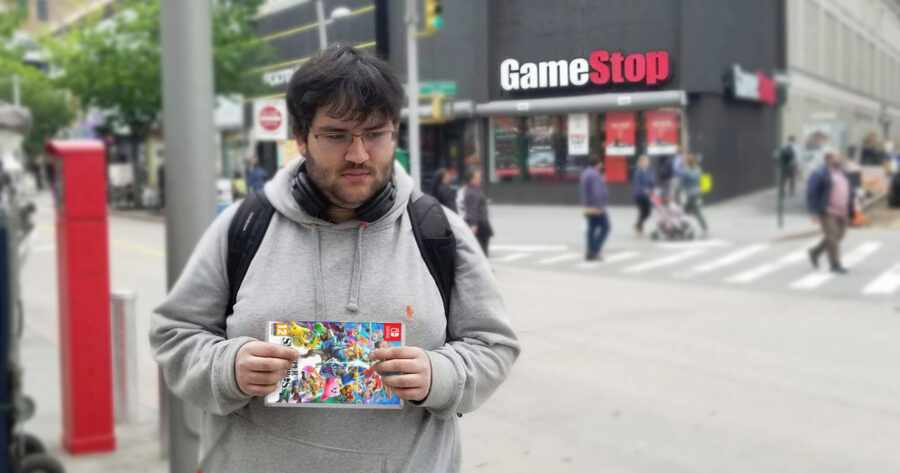 TUCSON, Ariz. — Local gamer Pierce Roderick has reportedly gathered enough capital to purchase all of the necessary equipment for him to properly play the newly released Super Smash Bros. Ultimate, in part due to his avoidance of purchasing the “overrated” Spider-Man for PS4, as well as the “cruelly produced” Red Dead Redemption 2.

“OK yeah so I know I said I didn’t have the money to get all those other shitty games my friends were raving about, but obviously I gotta get the new Smash Bros,” Roderick told reporters holding a brand new Nintendo Switch outside of a local GameStop. “And obviously I’m not gonna play Smash Bros at a high level without a real controller, nor would I want to crush my opponent without them having a real controller either. But if there’s no one around because they’re still all playing Cowboys and Slave Labor, then I gotta have a good internet connection for online play.”

“I might also pick up a GameCube controller adapter just in case I find any old ones laying around my parents’ house when I go home for the holidays,” he added.

Despite his eventual purchase, however, Roderick says that he was very close to deciding against buying the new video game, along with the system and accessories.

“When I first heard about the Ultimate, I was like ‘Big deal. It’s basically a port of the last one but with a few new characters, stages, models, game modes, music, and a general redesign of the speed and physics engine,’” Roderick explained. “But then I thought about it a little more and I was like, well I’m not gonna not buy a new Smash Bros game. And that’s when I realized how good it’s gonna be.”

At press time, when asked if he was considering getting any of the popular Switch titles such as Breath of the Wild and Super Mario Odyssey, which are expected to remain full price for the next several years, Roderick stated that they are “colorful trash games for little kids.”