No One Wants To Play Your Weird German Game About Trains, Dude 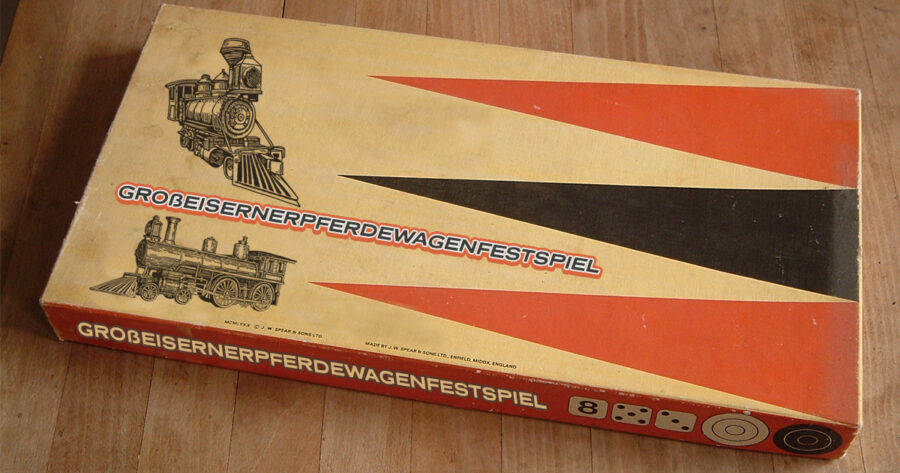 AUSTIN, Texas — Breaking reports from your irate friends indicate that no one has any interest in learning that weird German train game you brought to board game night.

Sources have confirmed that you’ve been trying to get them to play Großeisernerpferdewagenfestspiel for the past three months now, and several witnesses have corroborated that your suggestions to play something “a little crunchier, with a little more weight and complexity to it” were less subtle than you had realized.

Early attempts at courting your friends’ favor by showing them the game’s rating on BoardGameGeek allegedly failed to impress, and pitches describing the game’s painfully detailed and historically accurate portrayal of Hanseatic city planning seemed to terrify more than excite.

“Look, dude I know you got it at that convention, and I know you’re excited to finally play it, but we’re all a little intimidated by the whole thing. I don’t know what an ‘Eisenressourcenscheibe’ is,” she continued, inspecting one of the cardboard tokens you meticulously punched out the night before in preparation. “And I don’t think I’m ready to learn, either.”

It is now becoming abundantly clear that the two hours you spent reading the questionably translated rulebook were squandered, and that the ensuing four hours you spent watching YouTube videos of middle-aged men explaining said rules were even more wasteful.

Some experts, including your roommate Tim, are beginning to worry about the impact the $80 you spent on Großeisernerpferdewagenfestspiel will have on the local economy.

“Eighty dollars is a lot of money,” Tim commented when you first came home with the game, cradling it in your arms, beaming at the prospect of the hours of fun and challenge its carefully crafted and award-winning design promised. “Do you really think you’re gonna find four other people who want to pretend to be Prussian rail barons for three hours? And then do you really think you’re gonna get them to do it again? Like, more than once?”

You did think this. You truly believed it, deep down in your heart of hearts. And now, you’re left only with the sinking feeling that you are a fool and $80 worth of painted cardboard and tiny, plastic train carts. Also some eight-sided dice which apparently fit into the play of the game in some way that still evades you, even after studying the rulebook so closely.

Derek, your work friend who keeps showing up to these things despite the fact that he spends the whole night on his phone, declined to comment, instead opting to grab another slice of Domino’s.