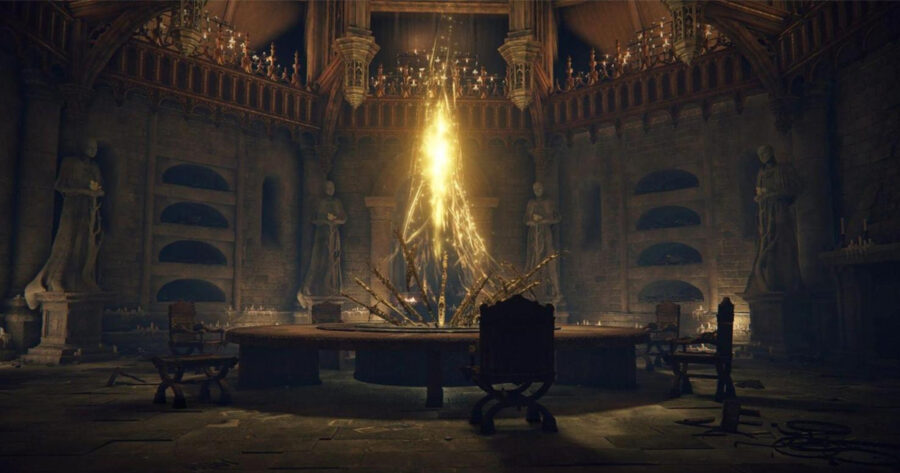 AMERICAN FORK, Utah — Dragon’s War player Kenny Blau was devastated last night when a badass sword actually turned out to be part of the scenery.

“So there I am on a forgotten battlefield, way out on the edge of the map, and right there on top of a hill spotlighted by the sun is the coolest fucking sword I have ever seen,” said Blau, who dreams of being the ‘sickest-looking paladin’ in the game. “But when I go to interact with it, there is no prompt. So I look it up and it’s just window dressing! Like why the fuck would you go to the trouble of making such a cool looking sword and putting it in a prominent place and then not let me pick it up or even have a quest associated with it? Truly psychotic shit.”

Jeremy Billson, lead designer of Dragon’s War, insisted the sword does, in fact, serve a purpose.

“The sword is a callback to the pre-rendered cutscene that plays if you leave the game sitting on the title screen for too long,” Billson said. “It’s kind of a reward for the discerning player. I mean, I guess having the sword itself as an in-game item would be a cool reward, too, but the sense of recognizing a reference is even better. Just because video games are a uniquely interactive medium doesn’t mean that we need to take advantage of that interactivity.”

Bridgette Adams, an ambitious young designer working at the same studio as Billson, shares his views and actually wishes to expand on them in future titles.

At press time, Blau’s day had been further ruined when he entered a new castle area in Dragon’s War adjourned with decorative swords on every wall.