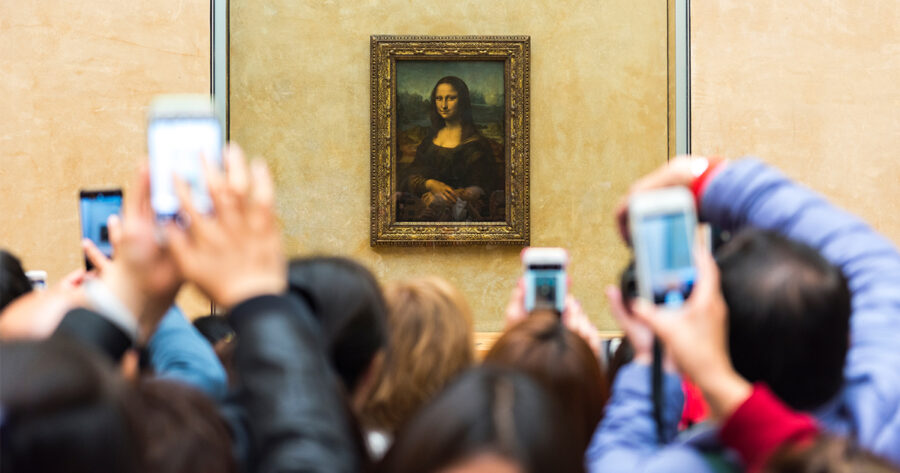 PARIS — Panic broke out within the Louvre earlier this week when a tourist attempted to launch himself over the crowd and through Leonardo da Vinci’s famous portrait of Mona Lisa, having believed it to be a portal to another plane of existence, sources have confirmed.

“The Louvre makes for a pretty interesting hub world, but the main event is behind all those paintings,” said Michael Tansey, 24, while holding an ice pack to his forehead. “I was really excited to see what kind of boss battle and platforming challenges awaited me inside Mona Lisa World. I wanted to experience the Italian Renaissance first hand and maybe collect 8 red coins while I was there. I knew I had to be quick, otherwise I’d risk getting caught. Lucky for me, the Mona Lisa is on the first floor — those museum staircases can feel impossibly long to climb.”

Officials at the museum confirm Michael Tansey pushed through to the front of the crowd and threw himself at the two-inch bulletproof glass encasing Leonardo da Vinci’s enigmatic painted lady. Tansey was promptly escorted out of the museum by security and handed over to the Paris police following the incident.

“The only reason my plan didn’t work was because I must have not jumped high enough. Or maybe I need to jump through at a specific time,” explained Tansey, whose doctors confirmed he was still suffering from a mild concussion. “I am disappointed that I’ve been banned for life from the museum, but honestly I’m even more disappointed that I lost my hat. One of the security guards just picked it off of me while I was unconscious. He was even wearing it when they handed me over to the cops. Like who does that?”

After paying a hefty fine, Michael Tansey entered recovery at home, as doctors recommended plenty of bed rest. His brother Louis was rumored to still be somewhere in the museum, though as of press time, authorities had not yet been able to locate him.