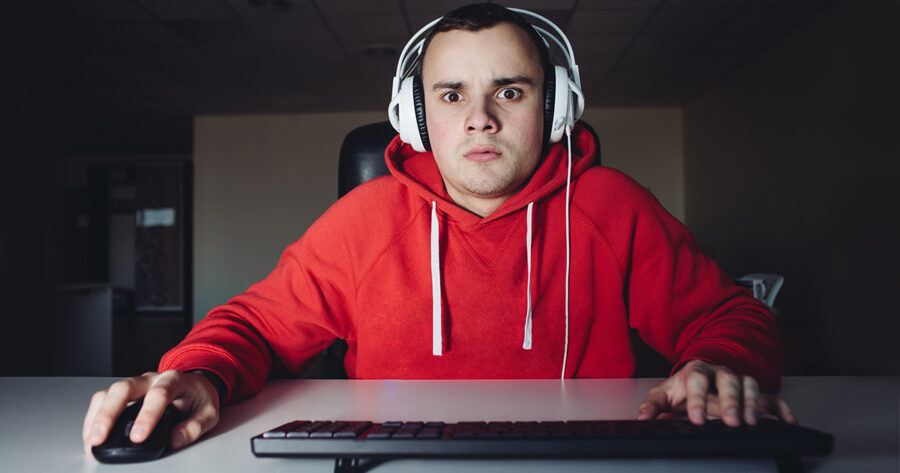 EAST LANSING, Mich. — Feeling a sense of panic as the in-game camera gradually swiveled back around behind his character, local gamer Patrick McDade was reportedly emotionally unprepared to resume control following a harrowing cutscene in the action game he was playing.

“Oh, shit, the cutscene is ending,” muttered McDade, who had taken his hands off the keyboard during the tense cinematic which featured a giant, hulking boss who had just crushed the skull of a nameless NPC before pointing at the player character and shouting, “You’re next!”

“What weapon do I even have equipped? Do I have enough health? I am really not ready for this,” McDade continued, scrambling to get his bearing as the game’s UI appeared on the display, showing the boss’s terrifyingly large health bar and his own comparatively small one. “I was hoping this would be one of those scripted things where my guy and the bad guy punch each other through a few walls and wear each other out first, but I guess I have to do this whole scary fight myself.”

At press time, McDade had reportedly mashed the pause button repeatedly to bring up the menu at the soonest possible moment until he could work up the nerve to actually start the fight.