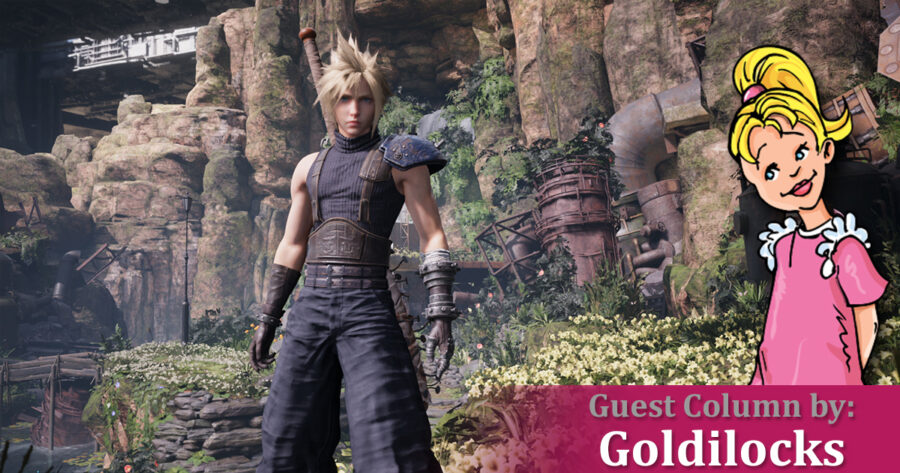 Once upon a time there was a game called Final Fantasy VII Remake. I booted up the game and saw on the start menu there were three difficulty settings.

First, I selected Easy Mode. Boy was I in for a surprise. Who would have thought something called Easy Mode would be easy? Felt like a walk in the forest. A series known for its tactical combat reduced to a mere button masher. This mode is too easy!

Second, I attempted Hard Mode. This mode was overwhelmingly difficult — removing the ability to use items whatsoever in or out of combat. No potions. Nothing. The normal battle meta is thrown out the window for something mind-numbingly frustrating. I don’t understand how anyone could find fun with this. It’s just too hard!

Then finally, I tried the last difficulty setting — Normal Mode. Wow. What a mode. This average difficulty balances everything. When facing powerful boss battles, you need to juggle normal and special attacks, destructive and healing magics, and strategically exploit enemy weaknesses. It’s a challenge for sure, but never feels cheap and it is very rewarding to beat. This mode feels just right.

Now I just hope the family of bears who own this PlayStation 4 don’t find out I’ve broken into their home and started playing their new game!