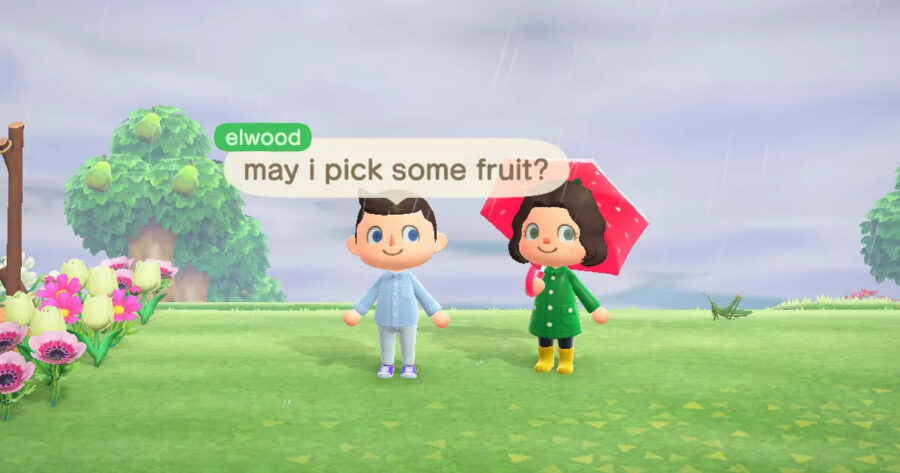 NEW HORIZONS — Fans worldwide were disappointed to discover that the celebrity who visited someone’s Animal Crossing: New Horizons island was not Elijah Wood, and was in fact, Daniel Radcliffe.

“I saw the username and I was so excited that Elijah Wood reached out to me to come to my island that I didn’t even process that it was actually Daniel Radcliffe. I feel so cheated,” said Twitter user @directedbyrian, a few days after her viral tweet. “I like Radcliffe just fine… but he wasn’t in Lord of the Rings. It was so hard to tell because his villager looked exactly like how I imagine Elijah’s looks. I guess it looks just like Daniel too.”

Animal Crossing players took to the web to complain about the confusion.

“I was so mad when I found out that I lied to my whole family about Elijah Wood going to that island. I love Elijah Wood! Now I have to call up dozens of people and explain to them that I was actually talking about that Harry Potter fucker,” said Reddit user u/DM_ME_TURNIP_PRICES. “It was like an even worse version of when I had to call all my exes and tell them I got syphilis.”

“I hope all of Daniel’s turnips whither,” responded hundreds of comments in the replies.

Radcliffe apologized quickly on social media after the incident in an attempt to win back the favor of his followers.

“Elijah and I get confused for each other by fans all the time, but I really didn’t see this coming,” Radcliffe said in a post on Instagram. “My guy’s name is Elwood because it’s a reference to the wood that makes up the Elder Wand in Harry Potter. Honestly I’m so disappointed in myself I didn’t realize that people would read it as Elijah Wood.”

At press time, Elijah Wood could not be reached for comment after reporters realized they had actually called up Daniel Radcliffe again by accident.