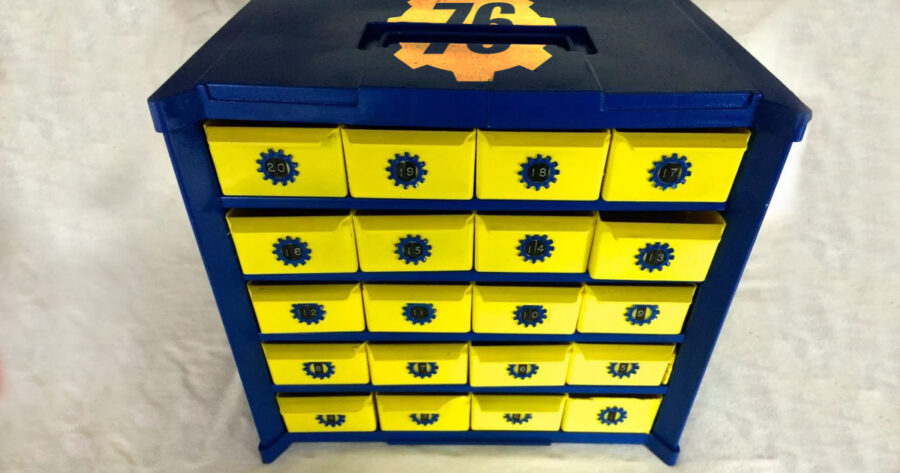 ROCKLAND, Md. — Bethesda’s official Fallout 76-themed advent calendar has come under fire from consumers, who have said the vault themed compartments are all impossible to access due to doors that don’t function properly.

“Unfortunately our suppliers ran out of balsa wood, which we had initially advertised the doors as being made out of,” said Scott Whittenhaur, a representative of Bethesda in a post on their website earlier today. “We used graphene instead, which is a much tougher material. We thought it sounded really cool, but the original hinges we decided on using aren’t effective now. We had to get this thing out in time for Christmas, so there wasn’t a whole lot we could do. We’re terribly sorry.”

The calendar is supposed to have 25 compartments that are opened one day at a time, allowing the user to count down the days from December 1st until Christmas. Each compartment was advertised as containing some sort of Fallout themed gift. Unfortunately, like the other notable Fallout product released this year, the calendar has been heavily criticized for being underwhelming and not functioning properly.

“What a piece of crap!” exclaimed u/RaidersMustDie, on the Fallout subreddit. “I’ll throw my money at anything even tangentially related to Fallout, but this is ridiculous. Triple A calendar my ass.”

Bethesda has announced that they will be releasing a proprietary opener to people who purchased the calendar, but did not announce when it would be available.

“It’s shaped to look like a Ripper, one of Fallout’s most well-known weapons,” Whittenhauer explained, “meaning that users are actually getting an extra bonus just for buying our product!”

Though most users will have to wait, Bethesda has released openers to certain product review outlets and YouTube personalities. An recently uploaded video showed an early recipient breaking the Ripper as the door was opened, revealing a card with a download code on it that was redeemable for 200 Atoms in Fallout 76.