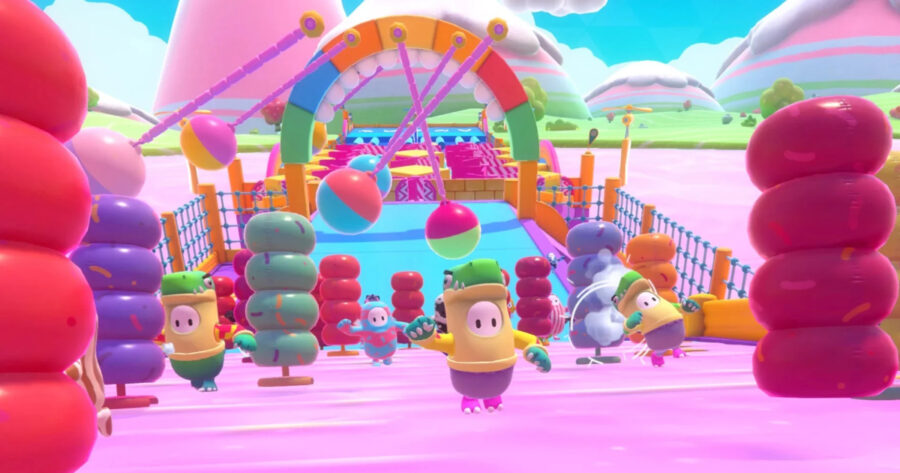 LONDON — Developers at Mediatonic have somberly revealed to fans that every time you lose a match in their hit battle royale Fall Guys, your character permanently dies and is replaced by an identical clone.

“It deeply concerns us to report to you that yes, the jellybeans permanently die when they fall off a stage, fall into goo, or simply do not qualify for the next round. Every time you load up a new show, your jellybean has been replaced by an identical-looking clone,” said lead Fall Guys developer Joe Walsh. “The only way to play as the same character is to keep winning. Getting a crown to you might be some fun game, but to your Fall Guy, it is their only chance at survival. They’re forced to keep chasing those crowns, knowing eventually it has to end. Eventually they must succumb to the pink goo, spending eternity in Fall Guy Hell.”

“Yes, that’s right, we are horrified to report that we programmed an entire Fall Guy Hell where dead jellybeans go when you lose a match of Fall Guys. It will never be seen in-game, but it absolutely exists,” Walsh continued. “When sent to Fall Guy Hell, jellybeans exist for eternity in a game of Royal Fumble, constantly grabbing the player with the tail, but inexplicably not collecting it. It’s a bloody fucking nightmare and it sickens me that we created it, but we did. It exists and it’s what you doom your little friend to each and every time you lose.”

Walsh then took his glasses off to wipe a single tear that had formed in his left eye and began trickling down his face.

“I don’t know what compelled us to do this, I really don’t… but the jellybeans feel pain. Those little yelps they give out, they’re screams,” Walsh explained. “The music you hear with the cute little chanting? Fall Guys is about a cult. A horrible evil cult of monsters who force their fellow jellies to compete against their friends for a chance to prolong their miserable lives. This game isn’t supposed to be some fun romp. It’s a fucking nightmare. God help us all.”