Embarrassed Scorsese Admits ‘Gangs of New York’ Was Based on ‘Fire Emblem: Genealogy of the Holy War’ 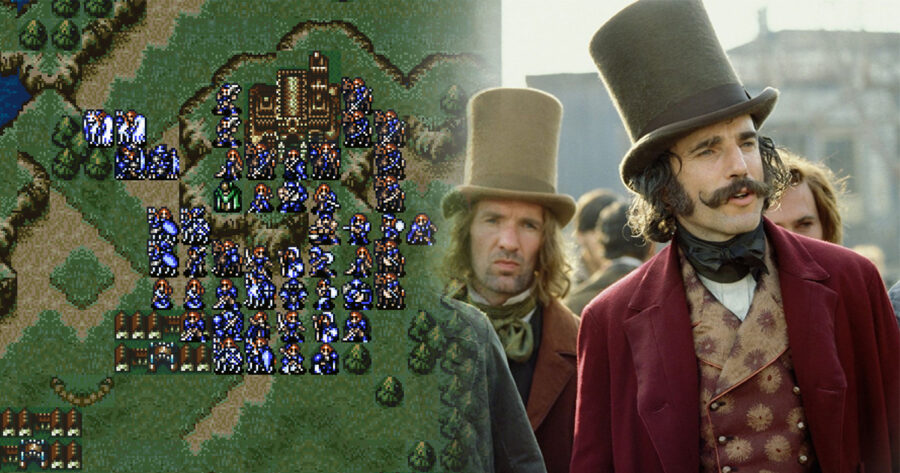 NEW YORK — Putting his past remarks about the legitimacy of Marvel movies and the nerd culture boom into new context, an embarrassed Martin Scorcese admitted to the press yesterday that his 2002 epic crime drama Gangs of New York was actually loosely adapted from the 1996 Japan-only Super Famicom game Fire Emblem: Genealogy of the Holy War.

“I still regret all of the people I upset when I said that Marvel movies aren’t real movies,” began Scorcese’s statement, posted as a screenshot of the iPhone Notes app on various social media channels maintained by the Oscar-winning director’s production company. “Deep down, I think I was repressing my own heritage as a rabid otaku and Super Famicom import enthusiast. That’s why I finally want to come clean about the fact that Gangs of New York was actually adapted from the plot of Genealogy of the Holy War, which I think is one of the best unlocalized Fire Emblem titles.”

“This might not be a surprise to anyone familiar with FE:GotHW,” Scorcese’s statement continued. “The continent of Jugdral, where the game takes place, is divided among eight countries vying for dominance, much like the way the gangs in the film struggle for control over the Five Points neighborhood of 19th-century Manhattan. The journey of Amsterdam Vallon to kill Bill the Butcher and avenge his father Priest Vallon is also heavily drawn from GotHW’s plotline, where — spoiler warning! — the son of Prince Sigurd works in secrecy to defeat the Loptyr cult and avenge his father, Prince Sigurd, and ascend to the throne of Grannvale. I actually set up Leo [DiCaprio] with a translated ROM of the game when he was preparing for the role because I thought this parallel was so important.”

Sources say that Scorcese’s confessional stretched on for five full screenshots of the Notes app in subsequent posts, as the filmmaker dutifully ranked each unlocalized Fire Emblem game before concluding with instructions on how to emulate them from wowroms.com.