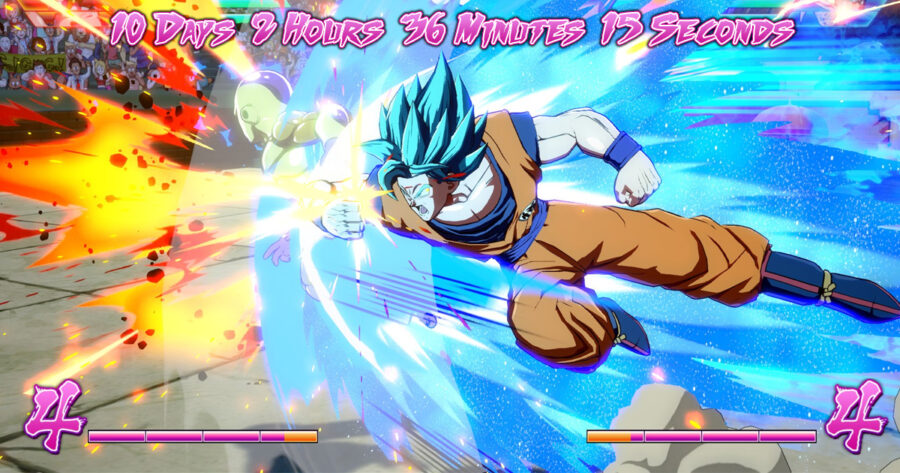 TOKYO, Japan — Fans booted up the new “Dragon Ball FighterZ” today to discover that all fights in the game are roughly fifteen hours long each, in an attempt to match the style of the original television show.

“We wanted Dragon Ball FighterZ to truly feel like a DBZ fighting game,” said Dragon Ball Z creator Akira Toriyama. “So the entire game is drawn by hand, the only game mode is a match that takes nearly a full day, and Yamcha is a playable character, but has no attacks.”

Dragon Ball FighterZ fans praised the decision online, happy to have a new game that is true to the grounded Dragon Ball source material.

“As soon as I got home from work, I downloaded the game onto my PS4 and played an online match. I’m really looking forward to finding out how it ends,” said Reddit user u/Gokuck. “I’m really nervous because, if I lose the match, my character dies and won’t be playable again until I collect all of the dragon balls and wish him back to life. That could take months.”

Along with today’s release, Bandai Namco has promised fans DLC packs in the future to further the Dragon Ball Z gaming experience.

“The first DLC will be a premium edition of Dragon Ball FighterZ that is available exclusively on three separate VHS tapes and is entirely in Japanese,” said Bandai Namco in a press release. “It will be available for order in the Spring and will be delivered by your buddy who visited Japan for a month.”