Dog Chewing on Xbox Elite Controller Can Taste the $90 Difference 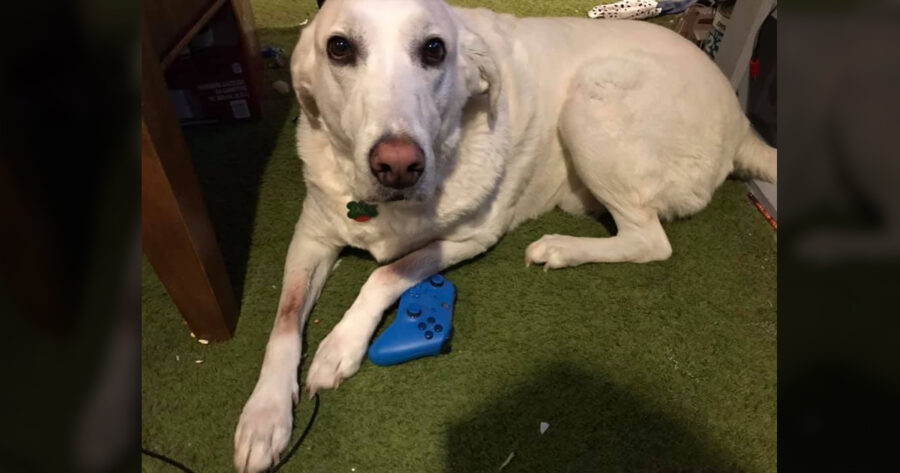 GAINESVILLE, Fla. — Butters, a five-year-old male Labrador Retriever, told reporters that he could taste the $90 difference between the Xbox Elite Controller and the standard Xbox One wireless controller based on his vigorous chewing and saliva spewing.

Butters noted that the tactile pleasure of gnawing the Xbox Elite Controller’s low-friction reinforced thumbstick rings was particularly exquisite as he wagged his tail, indicating the money his owner had spent on the controller was a good investment.

“It’s hard to describe the transcendent mouthfeel one experiences as you snap off each interchangeable paddle, nor the satisfying crunch of the hair-trigger locks breaking to pieces,” Butters explained to press. “It is the best tasting thing I have ever eaten, and that includes the time my owner left his McDonald’s on the ground and I ate it while he was in the bathroom.”

Kevin Choi, Butters’s owner and purchaser of the controller, could not share in his dog’s enthusiasm.

“Butters,” he said. “Who did this? Did you do this? Don’t hide behind the cat. I know it was you. Did you chew through the drawer to get it?! Bad! Bad dog!”

At press time, Butters could not be reached for additional comment, as he was put in the laundry room to think about what he had done.