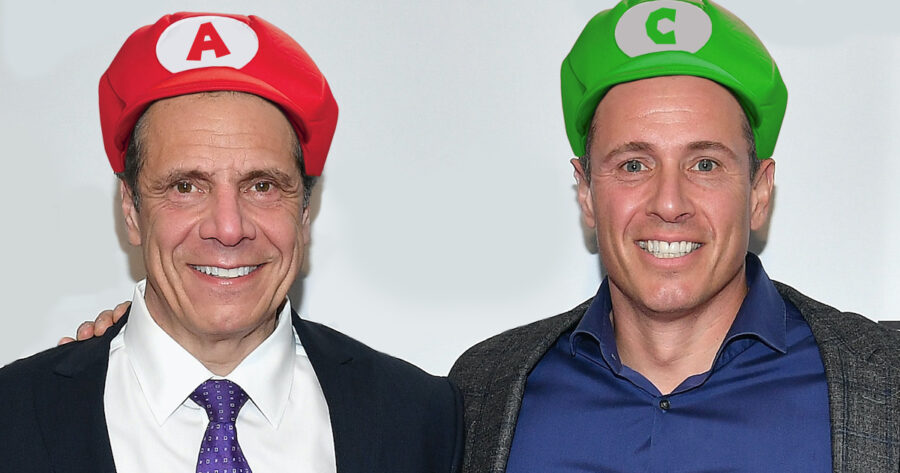 The Cuomo brothers have reportedly decided to name the business “Mario Brothers Plumbing,” in a tribute to their father, the former Governor Mario Cuomo – though Chris admitted he originally wanted to call it Luigi Brothers after former Olympic fencer Luigi Cuomo.

“We’re Italian and we’re brothers… you do the math,” said former governor Andrew Cuomo. “And it’s not like we’re busy doing anything else. I’m just pissed off that when I was governor, I accidentally lost thousands of potential clients for our new business before we even started. Old people need plumbers more than anybody else!”

Andrew and Chris assured the public they did not use their former positions to benefit their plumbing business. However, the attorney general’s office recently discovered that Andrew Cuomo began a suspicious $400M pipe-laying project during his final days in office. Chris Cuomo is also accused of using his platform to air multiple hit-pieces on Roto-Roouter.

At press time, the Cuomo Bros. latest gig fell through after Chris spent the entire day fist fighting a Hammer Brother who called him Fredo and Andrew skipped out on the job to make unwanted advances on Princess Peach.