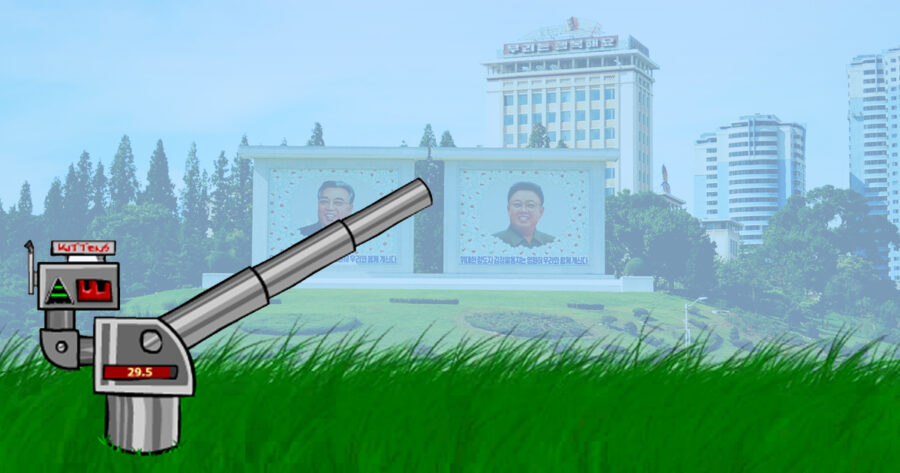 SEOUL — U.S. and South Korean officials revealed that North Korea is building their own version of the “kitten cannon,” inspired by Addicting Game’s Kitten Cannon.

“Satellite imagery showing a very long barrel pointed toward the sky and crates upon crates of kitties next to it suggests full assemblage of the weapon is near completion,” said U.S. Director of National Intelligence Dan Coats at a joint press conference. “After receiving this intel from our South Korean allies, we had to unblock games from government networks in order to conduct further research. Our analysts used to spend hours on that goddamn site. Pray that it was enough.”

Suh Hoon, Director of South Korea’s National Intelligence Service, speculated on why North Korea had decided on building this specific type of weapon.

“Media, technology, and the internet take years to penetrate into North Korean culture, so they are likely just getting mid-2000’s Flash games now,” explained Hoon. “I don’t think they have realized that it’s just a game and not a direct show of U.S. force against their regime since it is a well-known fact that Kim Jong-un adores cats. We expect he will order five days of national mourning in 2025 when he discovers that Grumpy Cat passed away.”

While the cannon is reportedly not capable of launching a cat that can reach America, Seoul may be in grave danger and is taking necessary precautions to defend itself from a feline-based assault coming across its border.

“The city of Seoul has begun fortifying our defences by placing trampolines and bundles of spikes on the ground throughout all public spaces,” declared the mayor of Seoul, Park Won-soon. “Additionally, we have developed a network of floating bombs attached to helium weather balloons which aim to intercept any incoming ballistic kitten payloads. These should provide ample protection for apartment buildings and skyscrapers.”

“As a precaution, we are advising any South Korean who comes across an airborne cat to run and cover their ears, because there are reports that the kittens might have been taught to meow communist propaganda.”

After news of the weapon broke, North Korea denied the allegations as “western capitalist lies” and claimed that their scientists were actually hard at work researching solutions to The Impossible Quiz for the good of all humanity.

For updates on this developing story, please click the image below: