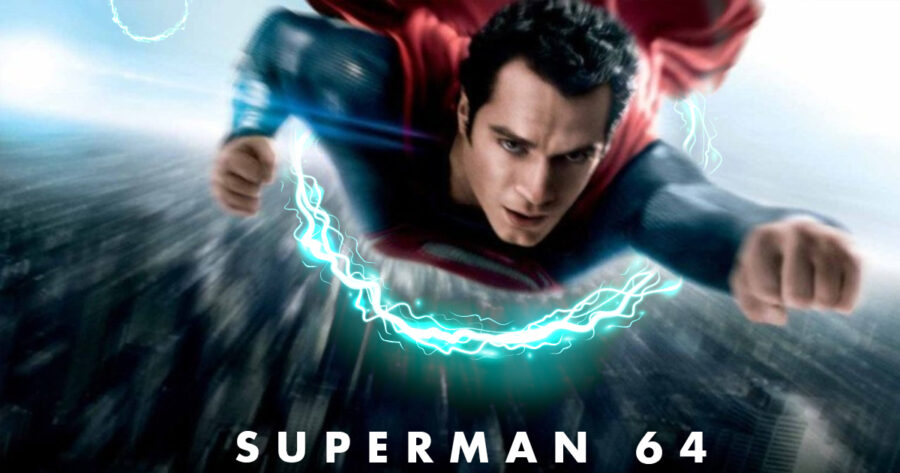 BURBANK, Calif. — Warner Brothers has announced that the next edition in the DC Extended Universe will be an adaptation of the Nintendo 64 video game Superman 64. The film will be helmed by usual DC director Zack Snyder and will star Henry Cavill as Superman.

“We have gotten a lot of things wrong in the past, but this time we are 100% sure our movie is going to be a hit,” said President of DC Films, Walter Hamada, at a press conference. “Aside from maybe Superman v Batman: Dawn of Justice, I’m not sure there’s any Superman appearance that nailed the character better than the N64 game. That’s what Superman’s all about… flying around or whatever it is he does.”

Hamada went on to explain that the film, which will keep the title Superman 64, will be an exact adaptation of the original video game, except that it will be darker and grittier as well as light-hearted with a lot of fun jokes, unless there’s a new Marvel film with a stealable gimmick or the test audience doesn’t like large portions of the film, which will change drastically.

“We are especially excited to announce that we have secured legendary character actor Paul Giamatti to play the iconic Superman 64 rings that Henry [Cavill] will fly through in the film,” Hamada continued. “We are going to set him up in a motion-capture suit and he has been working with working with physical trainers to prepare for taking on the ring-shape of the characters.”

Fans of the franchise have responded negatively online.

“Please don’t make me do this,” exclaimed Twitter user @HenryCavill. “I have a family. I can’t put them through another Superman movie, not like this.”

At press time, the official DC Facebook page posted a promo photo of Cavill surrounded by fog with the caption “Fuck it, we already greenlit two Superman 64 sequels and one spin-off movie. #StopTheRings”