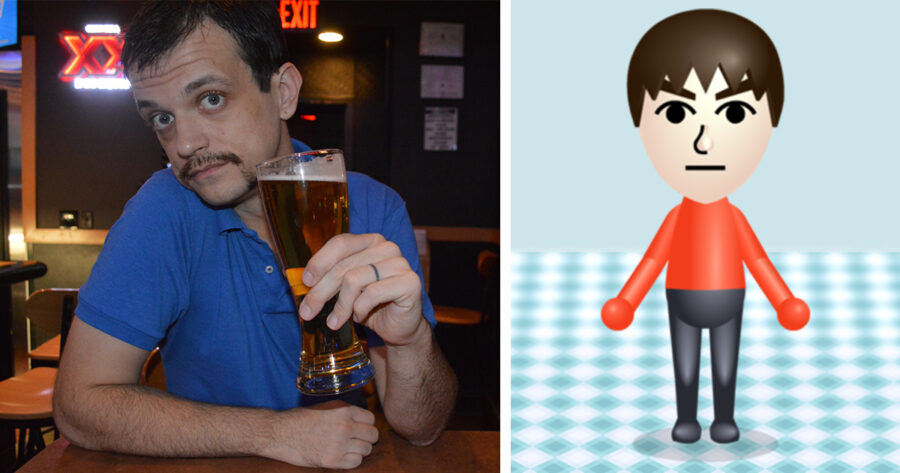 BROOKLYN, N.Y. — Exasperated by the fact that she’d been misled by yet another exaggerated profile picture, sources say that Tinder user Samantha Young was disappointed that the man she was out on a date with looked nothing like his Mii.

“I’ve been tricked by airbrushing and flattering angles on profile pictures before, but never anything as bad as this,” remarked Young, who explained that not only did her date misrepresent his height, weight, hairstyle, and eye shape, but also had a much older looking face when compared to the smooth, geometric facial features of his Nintendo avatar. “His chin wasn’t even that sharp.”

Despite her willingness to get over the initial shock and make the most of the date, Young also told sources she was beginning to doubt other details the man had written about himself.

“When we were chatting online, he sounded like such an active, adventurous guy, but I’m starting to think those were all lies. I bet that other picture he shared of himself wakeboarding on Wuhu Island is fake, too.”

Elaborating on the risks of online dating today, Young admitted that things on dating profiles are rarely ever what they seem.

“I mean, it’s hard to stand out on the apps, so I totally get it,” said Young sympathetically. “And of course I’m gonna swipe right on a tall guy like him with his stylish green long-sleeved shirt that covers his perfectly circular fists. What girl wouldn’t want to get to know a guy like that?”

Sources say that Young then sighed deeply, downing the last of her vodka soda while looking on at the disappointing reality of her date as he returned from the bathroom.

“No matter what, though, it is really messed up to lie to me about basic stuff like that. I’ll go out with this guy for five months, but that’s it.”