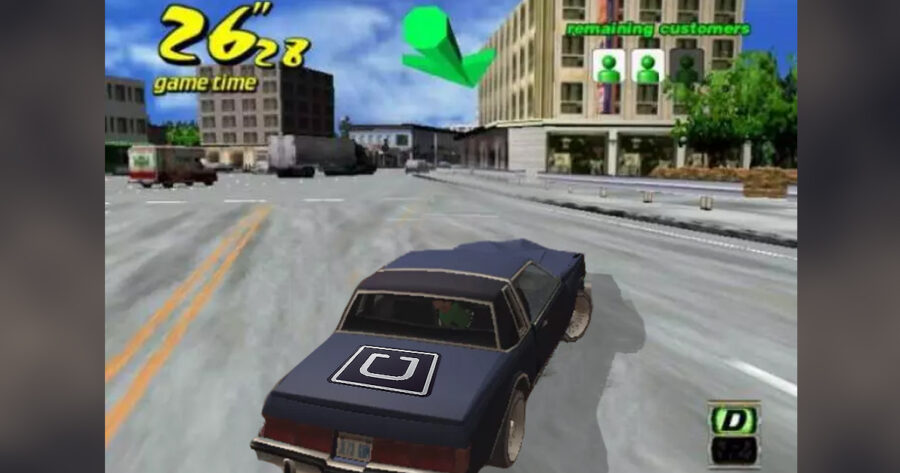 SAN FRANCISCO — Popular rideshare app Crazy Uber is reportedly taking business away from local Crazy Taxi drivers at an astounding rate, forcing many layoffs and terminations. Though many feel the app has undercut their long time business, most customers have reported a sense of relief of no longer being dependent on speed-crazed maniacs to get around town.

“It’s so nice to be able to order a ride and not have to worry about a car barreling into me because he’s on a three minute timer,” said Jared Bridgeway, who recently switched to Crazy Uber.  “I was always so terrified in the taxis, they just charge down these hills doing ninety like it’s nothing.  Plus, they always reeked of cheap weed and were blasting The Offspring.”

Other riders credited the stability and predictability of Crazy Uber rides as the deciding factor for leaving Crazy Taxis behind, claiming them to be more enjoyable and dependable experience.

“If I get in the car and see he’s only got 45 seconds left to make my stop, I know my coffee is gonna end up all over my blouse,” said Erica Foster, a local businesswoman who says she’s spent hundreds on dry cleaning since she moved to the city. “Their GPS is just a big green arrow that points towards my stop.  Half the time I end up jumping out of the car while it’s still moving. So yeah, I’m taking Crazy Uber from now on.”

As many Crazy Taxi customers flock to Crazy Uber, so too have several employees, hoping for a fresh start with a more organized company. Others have taken their recent downsizing as an opportunity to pursue other avenues.

“They say I can’t drive like a maniac and expect a paycheck,” said ‘Axel’, a local driver who didn’t disclose his real name due to active warrants. “Fine by me. There’s plenty of opportunities for me around here.  Rocket League is looking for some guys.  Twisted Metal is about to start back up soon.  I’m gonna be just fine.”